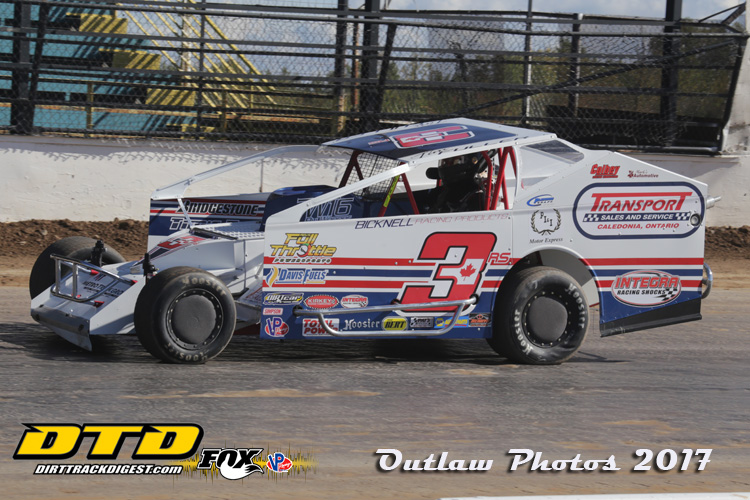 Defending event champion Watertown’s Tim Fuller grabbed the pole with a 22.056 lap for the quickest of 56 cars.

Sitting on the outside of the front row on Saturday afternoon will be Matt Sheppard, from Waterloo, N.Y., who chalked up a 22.214 lap.

Row number two will consist of Canadian Mat Williamson and Queensland, Australia’s Peter Britten with 22.258 and 22.369.

As time trials commenced in group one Danny Johnson was the quickest with a 22.611, but in the next group Tim Fuller, Peter Britten and Mat Williamson sent Johnson to fourth as Fuller posted a 22.056.

The group wound down with Dunn and Sheppard along with Friesen chasing a quick time. Sheppard turned in what eventually was the outside front row time of 22.214 and advanced to the second spot.

The fourth group hit the track and Part Ward moved up to the fifth position with a 22.380 while Erik Rudolph advanced to sixth with a 22.830 thus eliminating Friesen, Graham and Dunn from the top ten.

Group number five rolled out and the drivers were seeking than better than a 22.830 for one of the coveted top six starting spots that were guaranteed through time trials.

Michael Parent and Gary Lindberg were able to creep up to the seventh and eighth positions respectively, but could not earn a spot with the top half dozen. The last lap by Alan Johnson pushed him to seventh quick followed by Parent and Lindberg.

With the sun blazing down on the track speeds were dropping off a bit.

Larry Wight, a regular starter at the front of the field for the event, ran in group number seven and his best lap of 22.499 was able to muster only the 11th fastest time up to that point.

Billy Decker, a perennial top finisher in this race, could only time in a 22.985 for, at that time, the 23rd time of the day. He eventually would end up 29th in the timing chart.

In group number nine Chris Raabe moved up to the tenth quick of the day as the defending 360 series champion was one of the few drivers in the later groups to earn a decent time trial.

The remaining 49 drivers will be returning to the track on Friday at 6:55 p.m. for the Twin 25’s to qualify the remainder of the Great Outdoor RV 150. 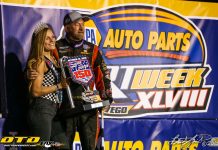 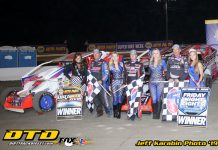 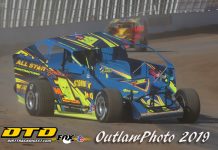