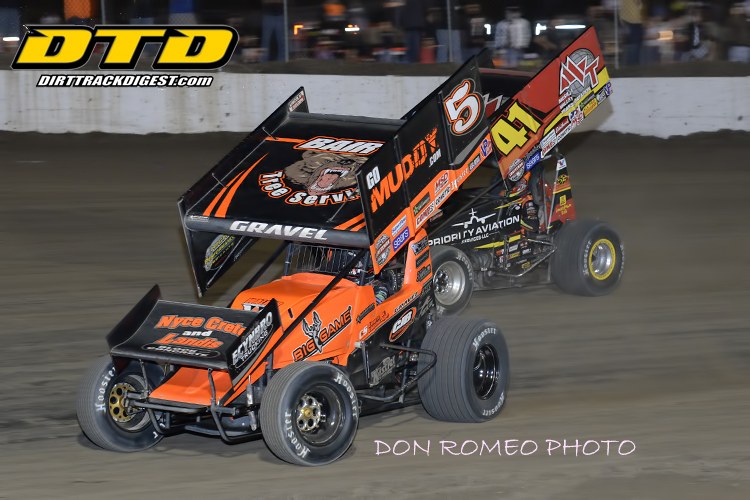 FULTON, NY – Another race, another win for David Gravel. The Connecticut driver has been hot recently, picking up a Williams Grove National Open win last week. Gravel continued to keep up his momentum, dominating the second half of the World of Outlaws feature at the Fulton Speedway.

Daryn Pittman led the field to the green flag in the 25-lap feature, first leading over Jason Johnson and then Gravel after lap five. Pittman held a small but steady lead in the opening laps as Johnson and Gravel fought behind him, but as he entered lapped traffic, his night ended abruptly. As Clyde Knipp slowed for the infield, Pittman was just behind and made contact. With Pittman spinning to a stop, the lead was handed to Gravel as the caution came out.

Johnson battled with Gravel through an array of early cautions, but Gravel prevailed. Johnson then fell back into the clutches of Donny Schatz, and as they battled, Greg Wilson charged into fourth. Two more cautions within the final five laps set the stage for a green-white-checkered finish, but Gravel was unfazed.

“You just didn’t know what was going to happen with the cautions,” said Gravel after his 17th win of the season. “I thought the top was good, then the bottom was good, but then I thought the bottom slowed down too much. I really changed it up and probably confused the crap out of Jason, I ran about every line out there, but I had to find what worked.”


While Johnson appeared to be equal with Gravel during the middle of the race, the 2016 Knoxville Nationals winner ultimately couldn’t hang with the eventual victor on the night.

“We gave it our best shot, but we couldn’t do it,” said Johnson. “I could keep with him on the restarts and keep our momentum up, but just couldn’t clear him.”

Schatz entered and exited Fulton the World of Outlaws points leader, having driven from the outside of row four to third.

“We tried to get out to another groove, then we got slammed to the bottom and went there,” Schatz noted. “We just have to do what we need to do to win a championship, and we’ll just keep on digging.” 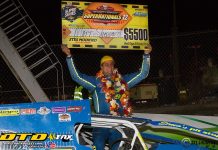 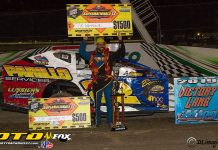 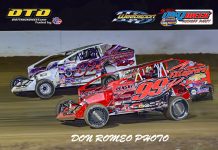 Wight Rebounds with Win at Weedsport