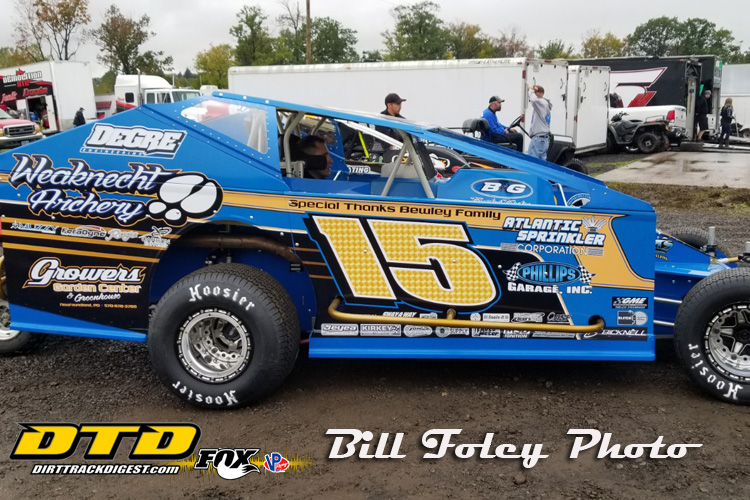 The Kid’s Kid out of Frenchtown, NJ, Billy Pauch Jr, is preparing to tackle the most prestigious race in Big Block Modified action this coming week at Oswego Speedway.

The versatile driver will be making his first trip to Super DIRT Week in his Growers Garden Center No.15 Big Block Modified.

“It’s always been something I wanted to do,” noted Pauch Jr. “I have a good sponsor who loved going to Super DIRT Week and decided he wanted to go this year so we’re fortunate that we can go.”

Pauch Jr. competed once during Super DIRT Week in a Small Block Modified back in 2004 but will be making his first attempt at the crown jewel behind the wheel of a Big Block Modifed this coming week at the fast 5/8-mile.


Pauch Jr. competes weekly at New Egypt Speedway in a Small Block Modified, at Action Track USA in a SpeedSTR and Micro Sprint, on the Short Track Super Series, as well as other select events in the northeast.

“It’s pretty neat,” he said. “I’m fortunate to be able to run a lot of the big races in the northeast. This is one we hadn’t been able to do yet so I’m looking forward to going up there and seeing what happens. It’s definitely the granddaddy in modified racing. We’ve been to a lot of different tracks but this one will be an interesting challenge.” 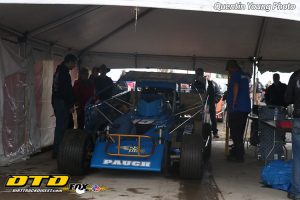 Heading into Super DIRT Week, Pauch Jr. has competed in 71 events and has collected a total of 10 victories under his belt so far this season. However, Pauch Jr. is aware Super DIRT Week is like no other race. It entails a lot of planning, organizing, and building to get there.

“This race has a different aspect to it,” added Pauch Jr. “We have to put radios and quick fills in. It’s totally different for us than what we’re used to. We’ll be taking my own car, it has maybe two races on it so it’s pretty fresh. We’ll be putting a new body on it too. Between that and getting ready, it’s a large undertaking. I’m fortunate my guys have been able to step up and put the time in to make this work. We’ll be going in with high expectations but we’re just hoping to have a good week.”

Racing on a weekly basis, Pauch Jr. has a strong group of guys behind him who will be making the trek with him to Oswego.

“I’m going to have most of my normal guys during the week helping me out then I’ll have a few new guys who have helped me throughout the years come in and help change tires and stuff on Sunday.”

Coming off of an illustrious win at New Egypt Speedway this past weekend, Pauch Jr. is feeling confident going into Oswego.

“Our win at New Egypt was definitely a confidence booster which helps big time,” he said. “What’s neat is that my dad is going to come up and crew chief for the week. He hasn’t done Super DIRT Week in about 15 years himself, so it should be fun.”

Pauch Jr. would like to give a special thank you to those who are helping make this happen: Growers Garden Center, Weaknecht Archery, Atlantic Sprinkler, Philips Garage, S&D Bodyline and B&G Auto Repair.