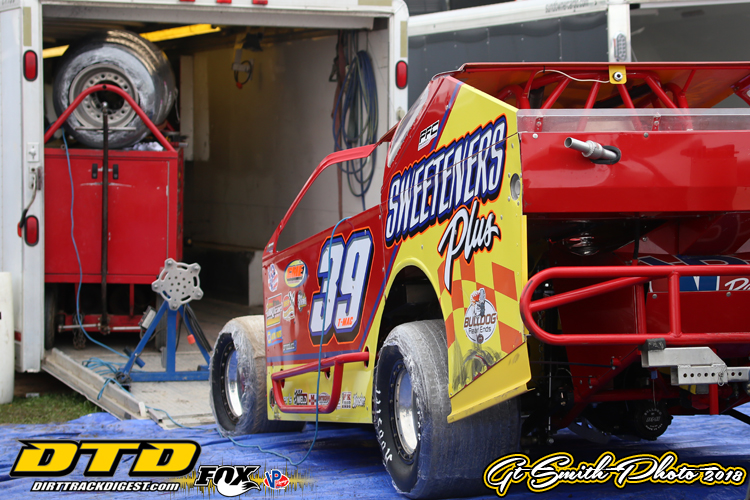 OSWEGO, NY – All week long the talk going into SDW was that “T-Mac” Tim McCreadie was going to have to pass up a chance to run in this years 200 if time trials were rained out on Thursday.

Talking to McCreadie this morning while awaiting for DIRTcar to make a decision regarding today’s racing card, the superstar Lucas Oil Late Model driver out Watertown, N.Y., shed some light on his situation pertaining to this years race.

“We had a plan going into this weekend with the expected weather,” mentioned McCreadie. “It is what is and there’s nothing you can do about it so you deal with it. If qualifying doesn’t get in to today we’ll be back tomorrow and try to qualify and run the heats. That was out plan all along.”

With the Lucas Oil Late Models racing in Pittsburgh this weekend it was thought that McCreadie would have to leave on Friday to go race in that series.


“It’s a totally different situation this year than last year,” explained McCreadie. “We’re not in a points battle so it’s not that big of a priority like it was last year when we were leading this points. I would rather have the chance to run two races instead of one. If we have to I’ll show up in Pittsburgh on Saturday and start tail of the field in the B-main and go from there.”

McCreadie is a racer’s racer and understands the situation that DIRTcar has going on and is prepared to deal with whatsoever happens this weekend.

“It’s a tough deal for them with the rain this week” cited McCreadie. “But they can’t worry about somebody’s own situation. They have to do what they need to do to make sure the track is in good shape for racing. Like I said earlier, we knew the situation and had our plan in place for it. We’ll just wait and see how it plays out.”

*Note – As I was writing this, all racing was cancelled for today at the track so McCreadie scheduled contingency plan will now have to be put into place.