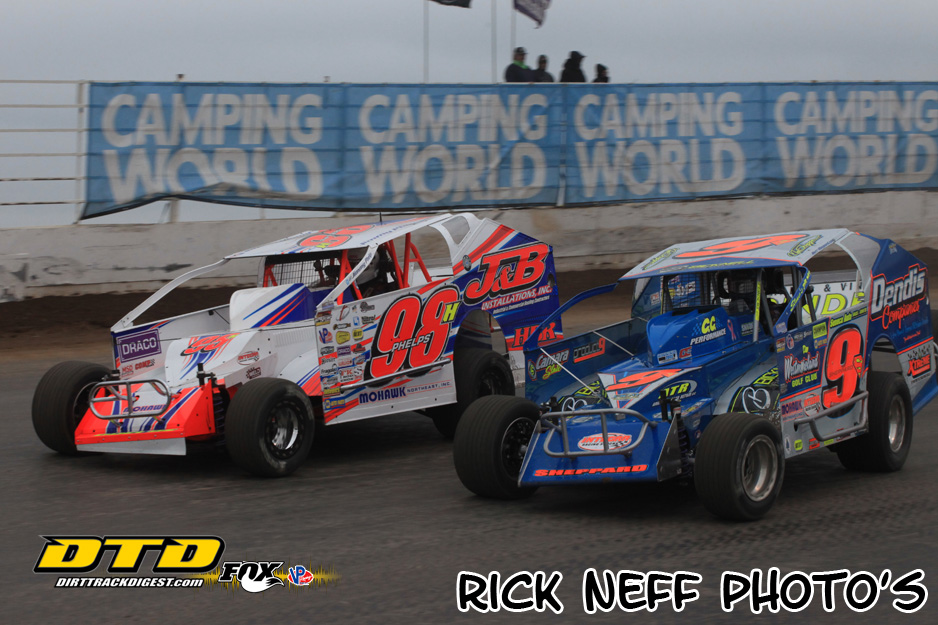 Jimmy Phelps led the vast majority of the Billy Whittaker Cars 200, right about 170 laps in total. After surrendering the lead to Erick Rudolph briefly around the one-quarter mark of the event, Phelps held the top spot until lap 178.

“At lap 170, 175, we were definitely starting to skate,” Phelps said. “Our fuel load was about gone, and by the time Wight got to me we really had no option but to keep doing what we were doing. If people got there with better stuff, fresher stuff, or a better car, we just had to hang on.”

With four laps to go, Phelps had to give up second for a splash of gas. A final kick in the gut for the polesitter looking for his first win in the event.

“We were just trying to hang onto second, but then we started running out of fuel,” noted Phelps. “That last yellow came out right as I started sputtering, so I got in and got a little bit of fuel to make it to the end.”


Phelps tried a no-stop strategy, while everyone else planned on one or two. Matt Sheppard tried this in 2016, but a damaged motor forced him to pit anyways.

“It wasn’t the strategy from the start,” Phelps said regarding not stopping. “That changed mid-race. It didn’t seem like there was a whole lot of passing, and there was a ton of yellow flag laps. I knew I was controlling the pace of the race and the car didn’t feel like it was falling off. We made the decision to not pit at all around lap 120, and up until about 196 I still was relatively happy with the decision.”

Once Phelps made his decision, he needed to stay committed. Had he bailed and took a tire soon after many other top runners, he would have been starting behind them with a tire not all that much fresher.

“All the yellows early helped us, then everything after lap 175 hurt us,” Phelps stated. “Had things just gone a little differently, we would have made it on gas. I’m not 100% sure it would have been the right move from the tire standpoint anyways, as we were definitely skating at the end, but we were already all in on the gamble. It is what it is, you can’t control the yellows and you can’t control how many laps you go under yellow.”

On lap 170, a track-blocking pileup forced the field to come to a halt. Per Super DIRTcar Series rules, laps under caution after a red flag are not scored.

“The red flag was certainly untimely for us, as the laps we ran under yellow after the red didn’t count either,” said Phelps. “That hurt us on fuel, and then under red the tire cooled down and kind of hardened up. It was a tough tail end to what was looking pretty promising for a while.”

Phelps and team are still leaving Super Dirt Week with their head held high. They dominated much of the event, and while the final result may not show it, had a fast piece all week long.