Home Exclusive Columns Thunder on the Mountain a Nice Change of pace from Super Dirt... 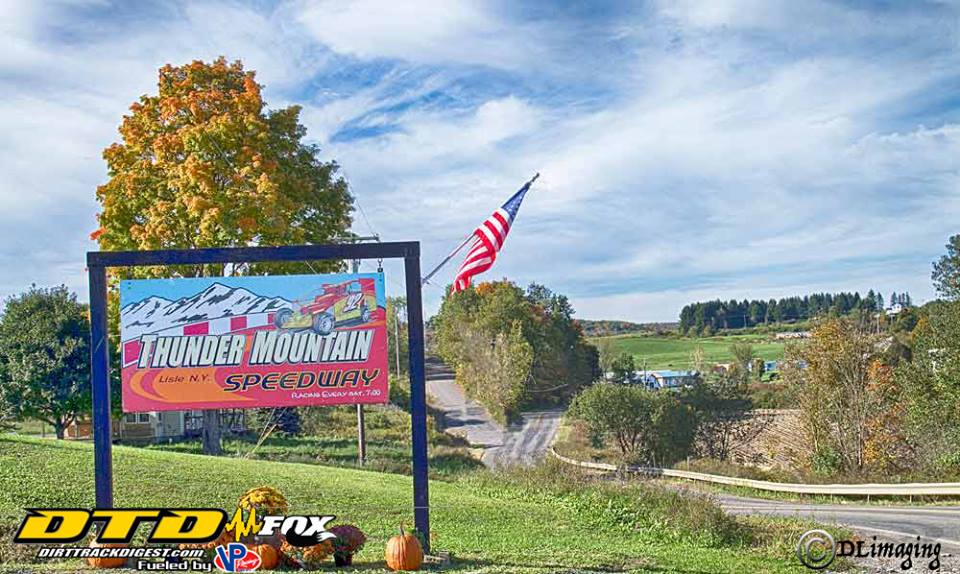 As Super DIRT Week continued to unfold with all its hectic pace, and long rain delays, it 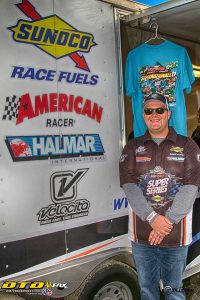 was nice just to get away from it all and travel down to the Spoonhower family’s Thunder Mountain Speedway for the Brett Deyo’s Short Track SuperNationals, held this past weekend October 5-6.

The track was built back in the early 1990’s, located just a skip out of the Town of Lisle, N.Y., and literally sits on top of a hill, hence the name “Thunder Mountain Speedway.”

The track, a wide 3/8-mile clay oval, provides fans with some great three-wide and, sometimes, four-wide action, something most tracks cannot offer. The grandstands line the front straight perched above the track, giving fans a clear view of the action, no matter where it is on the track. Just behind the grandstands are two new towers housing the officials’ desks and private custom booths, an impressive facility to say the least, which also has a beautiful view of the surrounding valley. 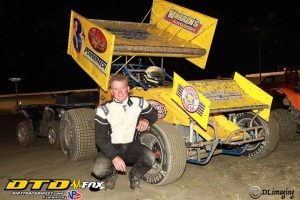 The two-day event kicked off Friday night with the CRSA Sprint Cars, which saw the crowning of their 2018 series champion. This was the final race of the 2018 season for the CRSA Sprint tour that was won by Dalton Herrick. It was veteran driver Jeff Trombley who finished third, allowing him to capture his second CRSA championship. Trombley now has two Dirt Modified championships on his resume at Fonda Speedway and two CRSA Sprint Car titles — a great way to end the season for the 60-year-old driver out of Altamont, N.Y. 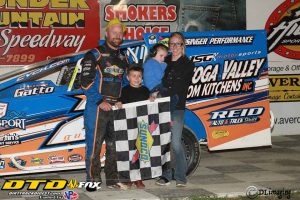 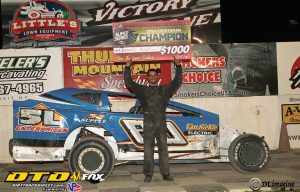 Saturday, however, was the big show– the 11th American Racer Cup Short Track SuperNationals — definitely the highlight of the weekend of racing.

The 50-lap feature was a slug feast between Canadian Matt Williamson in the Behrent’s Performance Warehouse No. 3 car and Andy Bachetti in the No. 4 car.

Williamson who started on the pole took an early lead over the 31-car field but was quickly chased down by the wiley veteran Bachetti, having the two dueling for the lead. Not to be out down, Danny Bouc raced his way from 9th to challenge the two front-runners. The trio raced three wide several times as the laps clicked down and survived several restarts. 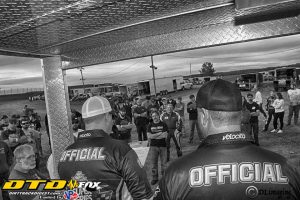 As the race unfolded, the three front-runners were chased down by Shaun Walker, the 2014 Short Track SuperNationals winner, making things even more interesting, with a four-way battle for the lead.

As the lap counted down Bachetti tested Williamson high and low, pressuring the young Canadian on each turn, with Walker and Bouc on their tails.

On the final lap, Bachetti made his move to the top into one and two. Going high through one and two, Bachetti came beside Williamson, allowing the two drivers to race side-by-side down the backstretch. 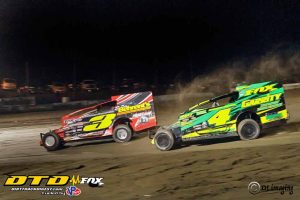 Bachetti maintained his momentum going into turns three and four, coming out an inch ahead of Williamson, who was dealing with traffic, to take the checkered flag.

After the race, I asked Matt about his disappointing outcome.

“This was definitely not the way I wanted to end the night, I drove as hard as I could, knowing that Bachetti was there for the whole 50 laps. I hate losing a race like this with traffic coming into play but what can you do,” explained the young Canadian.

The final race of the night was the STSS Crate 602 Sportsman 25-lap finale, which was won by Kenny Hammond of Berkshire, N.Y.

This by far was one of the most exciting races of the season out of the 76 races I have attended this year. It was also the first time I had covered a race at Thunder Mountain, something I have been wanting to do for a few years now.

With all that said, I would say this is one of those tracks that you have to come and experience it as the racing is top notch exciting with a great atmosphere, something I plan to do once again in the future.