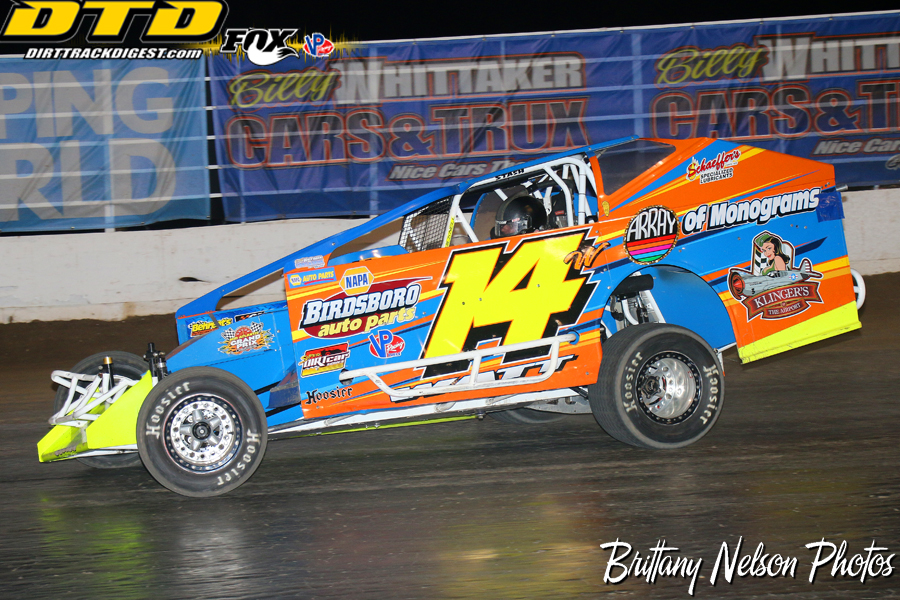 In the long rich history of Super DIRT Week, drivers from the New Jersey, Pennsylvania and Delaware area have always had a strong presence at DIRTcar’s richest race since it’s inception in 1972.

Leading the way in that elite group is the “Sensational One” Jimmy Horton. Horton has been a staple at SDW for over 40 years and has garnered wins in the fall classic in both 1987 and 1994.

Another superstar driver to make many appearances at SDW was ‘Mr. Excitement’ himself Kenny Brightbill who slipped by Horton in 1988 to take the big win.

The late Doug Hoffman and Frank Cozze also tried for many years to conquer the ‘Moody Mile’ at the New York State Fairgrounds before finally having success.


The father and son duo of the late Dick ‘Toby’ Tobias and Richard ‘Toby’ Tobias have both been able to bring the hardware back to our area.

However, the first NJ/PA/Del driver to win the big race was ‘Billy O’ Billy Osmun way back in 1973 driving the famed Statewide No.3.

There have been other drivers from our area who have made their mark at SDW over the years, but have not been fortunate enough to win the 200 like ‘Billy the Kid’ Pauch. Pauch has won everything at SDW except the 200 over the years. In fact, Pauch still holds the world record for the fastest speed ever turned on a one-mile oval in a Sprint Car. Pauch has won both the Sprint Car and the small-block portion of SDW but has always came up short in the 200.

Some other drivers who loved competing at SDW throughout the years were Ken Brenn Jr, Sammy Beavers, Stan Ploski, Dominick Buffalino and Duane Howard amongst many others. All of these drivers have run well at SDW and have represented the NJ/PA/Del region admirably with their exploits.

In more recent years, driver participation from the southern end of the Northeast Modified region has dwindled. Most of it having to do with the cost of fielding a competitive big-block Modified at the mile track at Syracuse. But with the closing of the ‘Moody Mile’ and the switch to the five-eight’s mile track at Oswego interest is again starting to pick up. Most drivers and owners wanted to give it a year or two at Oswego to see how it shook out.

After year one (2016), the participants still weren’t sure when due to the rough track conditions but the past two years the track has just been phenomenal with three and sometimes four abreast racing throughout the race. Due to the success of the last two years, you can hear the excitement of SDW start to build once again in the NJ/PA modified region.

Last year in 2018 we had seven drivers/teams head north to compete at the ‘Clay Palace,’ this season that number has been exceeded by one for a total of eight. Ryan Watt, Rick Laubach, Ryan Godown and Jimmy Horton are all returning in 2019 to give it another try. Failing to return in 2019 are Billy Pauch Jr. and Jim Britt. This season joining the list of drivers will be Jeff Strunk who will be making his second attempt at Oswego. Strunk will be joined by first-time Oswego SDS participants Duane Howard, Mike Gular and Brian Hitz. Michael White and Dylan Swinehart are also entered and set to compete in the Sportsman portion of the SDW.

Here is a quick roster of the drivers who have committed to running at SDW in 2019:

Jimmy Horton (Nickname – The Sensational One)

This will be Hortons 44th year competing at SDW winning the big event in both 1987 & 1994. Horton hasn’t had the year he had hoped to have in 2019 picking up only one win this season at the Bridgeport 3/8’s track but things seem to be picking up lately since the team debuted their new DKM chassis a few weeks ago.

2019 will be Laubach’s 14th appearance at SDW with a best finish of sixth in 2013. Laubach has made a nice comeback so far this year after a very subpar 2017 and has posted a string of strong finishes lately including a win at Bridgeport in the 358 portion of the ‘King of the Big Blocks’ weekend. The confidence has returned for Laubach and it couldn’t have come at a better time as we approach the season ending big races.

This will be Ryan’s 13th appearance at SDW with a best of finish of third in 2013. Godown hasn’t raced as much locally this season as the team concentrated on running the Super DIRTcar Series for the first time, but he still has chalked up seven total wins and currently sits eighth in SDS points. Godown was heading towards a podium finish last season in the SDW finale only to have a motor go bad with only two laps to go. Godown has confidence running at Oswego and is looking to be back up front in 2019

This will be Watt’s second attempt to race SDW since it moved to Oswego. Last season Watt picked up a thrilling win in the first of two non-qualifers races last season to lock himself into the show.  This season Watt would like to get qualified through the time trials or the triple thirties to take the pressure off of the team so they can prepare for the 200 on Sunday. The team gained much needed experience last season and should be better prepared when the unload the potent No. 14W come Wednesday.

2019 will be Strunk’s second appearance at SDW since it moved to Oswego back in 2016. In Strunk’s first attempt, the team qualified for the 200 but lost brakes early in the race and was never able to show what he had in his racecar.

This will be Howard’s first ever attempt at SDW since moving to the Oswego Speedway. Howard has had success at SDW’s in the past with a top five finish in 2014. Howard will be driving the same car that Rick Laubach sat on the outside pole with back in 2017

Gular will be making his first attempt to qualify at Oswego. The No. 2A team has stepped it up this year after primarily running small-blocks and American Racer tires in 2018 to changing home tracks and racing at Orange County Fair Speedway on Saturday nights on Hoosier Tires with the goal of being able to gain experience racing on Hoosiers so the team can be prepared to race in the premier event for the Northeast Dirt Modifieds. Gular is coming off a big win in the Freedom 76 race at Grandview Speedway only three weeks ago and is looking to carry that momentum forward into SDW.

Unfortunatly I do not have too much information on Hitz but I am pretty sure this will be his first ever attempt at SDW.