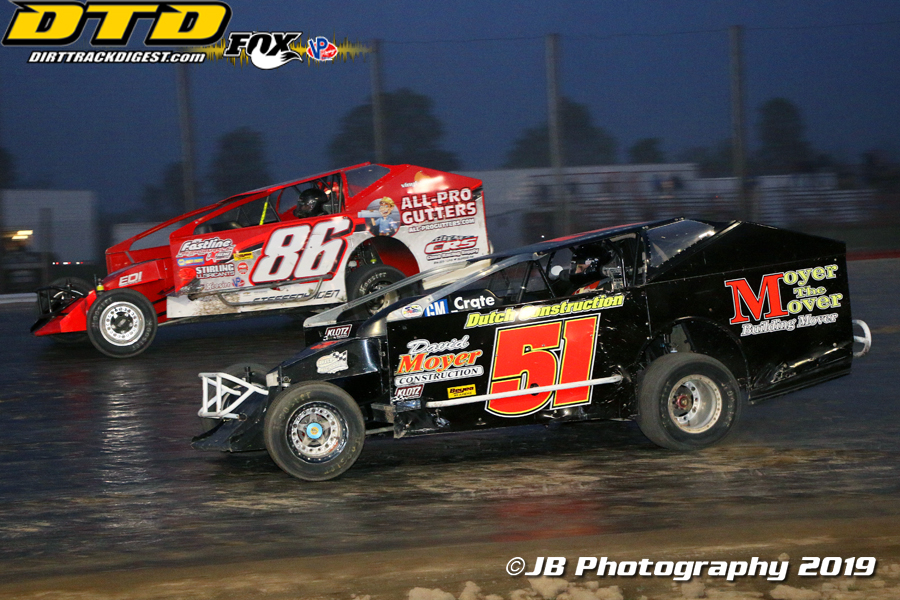 DARIEN CENTER, NY- Coming off the team’s best season ever in the DIRTcar Sportsman ranks, driver Kyle Inman and crew chief Matt Steffenhagen plan to take the next step with a move to the DIRTcar 358 class beginning at Super DIRT Week.

The team recently acquired a W16 engine which has been installed in the #86 Bicknell chassis for the week. Steffenhagen will shake the car down at Utica-Rome Speedway’s Tuesday Night Pre-Game event before handing driving duties off to Inman who will make his first-ever attempt at qualifying for the Salute the Troops 150 at Oswego Speedway.
This move up the ranks is made possible with the help of long-time KC Motorsports supporters Bellinger Electric and Stirling Lubricants.

While tackling the new challenge of the 358 division, the team’s main focus will be on securing the DIRTcar Sportsman title. The Turnbull Heating and Cooling, RJN Electrical, Stirling Lubricants, BEI 20k made a big gain in the points by winning the Industrial Tire of CNY Sportsman Shootout 50 at Fulton this past weekend. They’ll look to carry that momentum into Super DIRT Week with four points-paying events on the schedule.

Heading to Super DIRT Week with two well-prepared cars wouldn’t be possible without the team effort at the shop and the track from Mike, Chuck, Carl, Jason, and Jeremy. KC Motorsports would also like to thank Bellinger Electric, Stirling Lubricants, Swift Springs, Fastline Performance, Turnbull Heating & Cooling, RJN Electrical, Bicknell Racing Products, Andy’s Speed Shop, Close Racing Supply, and Beyea Headers for all of their support this season and in the seasons to come.

Keep up with the KC Motorsports team at www.facebook.com/kcmotorsports