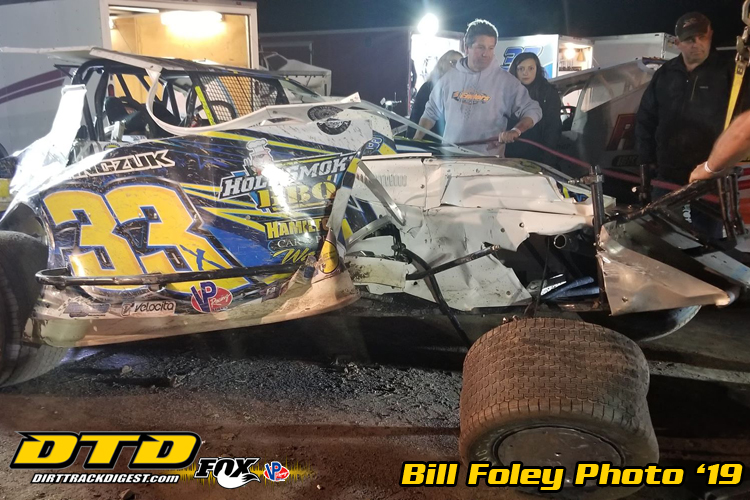 However, his chances for the title took a heavy hit on the 19th lap of the feature.  After pitting for brake issues he restarted in the rear and then misfortune struck.

A multi-car accident on the front stretch exiting turn four was terminal for his car.

Matt said, “The track was blocked and I remember seeing the ground at least twice (as he flipped wildly).


Janczuk and A.J. Filbeck both went over and at one time one was so high that Dave Moyer drove under it.

The mangled championship caliber car was in pretty bad shape as a crewman told DTD, “The 2×4 is bent, there is a broken axle and everything in the front end is gone. We need a new clip.”

This was the car that Janczuk was going to run at Oswego and he noted, “I’ll be driving Tom Juno’s car at Weedsport and Brewerton.”