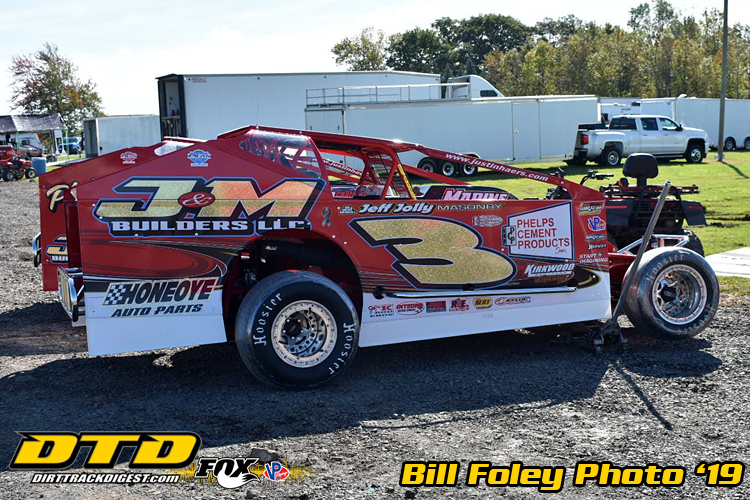 Justin Haers is known as a big-block Modified driver, but when the cars unloaded in the Oswego pits for the latest edition of Super Dirt Week there was a sweet looking small-block parked behind one of the haulers.

The  No. 3 is a brand new car and Justin is quite excited to get things going.

He said, “I’ve only run a small-block once this year at at the Fulton series show. Jake Marine from Delaware built me a new small-block that we are going to take to Florida for the All Tech shows next February and then take the big-bock to Volusia.”

Continuing he noted, “Jake has been involved in racing in Delaware for more than 50 years. I met him in Florida a couple of years ago and he was parked near us. Last year when I flipped he asked if he could help out and we got something going. I guess if you treat people right it is good and it feels good that he is involved with us.  I really appreciate it.”


This year has been difficult for the veteran Phelps driver as his dad passed away and when discussing his father the tears well in his eyes and he gets quite choked up.

He said, “Without my dad I wouldn’t be here racing. He didn’t care how I did out there he simply wanted me to be safe.”

Recently, the Land of Legends had a special Gerald Haers Memorial event and the veteran driver was very appreciative.

Looking back at the night he said, “It was huge. People came from all over and it was something that we really wanted to do. The support was tremendous.”

Haers is a top notch competitor, but admits that this year has been a little frustrating as he explained, “We’ve had a lot of seconds. In fact there have been nine second place finishes this year.”

SDW might be a bit different as he said, “At Syracuse there was atmosphere, but the racing at Oswego is awesome. Though I am too busy to follow the tour I really feel that unless we get some bad luck we have the confidence and a good car with the stuff to run up front.”