Home Exclusive Columns Varin Goes from Going Home to Into the Show at Oswego –... 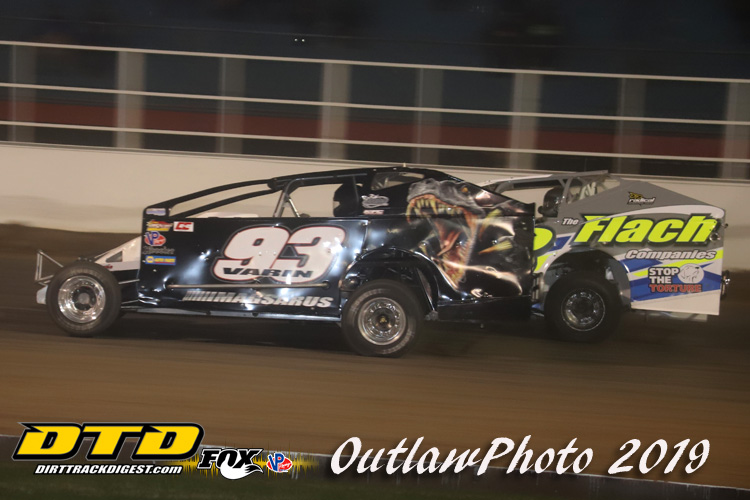 However, after the sun had set over the Oswego Speedway last night his entire weekend had completely turned around as he raced from 25th to third to earn a berth in the Billy Whittaker Cars 200.

Reflecting on the week Danny was very thankful for assistance he has received in not only making his weekend better, but also his Modified program.


Continuing he said, “I really couldn’t believe the efforts of Randy from Bicknell and the Fox Shocks guys for making me better. I have a HigFab, but it didn’t matter as Randy said bring it over to the Bicknell tent. I was probably at the Fox tent 10 to 15 times this week and Eibach Springs really helped out. We actually went from bars to coils this week. It is a huge step for our program as we probably had a 35th place time trial car earlier this week and now I feel we could qualify among the top 15.”

In his qualifier he was in a solid ‘get in the race’ spot when Brett Hearn banged his wheel coming off the fourth turn.

Varin was admittedly upset, but moved on.

In the last chance race, with the adjustments that had been made, he said, “I was going to hang if off the fence to get in. I was able to blow around the topside on restarts and the car was the best it had been all week.”

In the 200 the sunny conditions will create track conditions totally different from last night.

Danny said, “I can’t get lapped early and that is hard when you are starting so far back. I have to just do it or go home. Hey, it’s all fixable.”

This year Varin noted, “We have won four features, three at Fonda and one at Weedsport, We really haven’t been fast, but we have gotten the job done.”