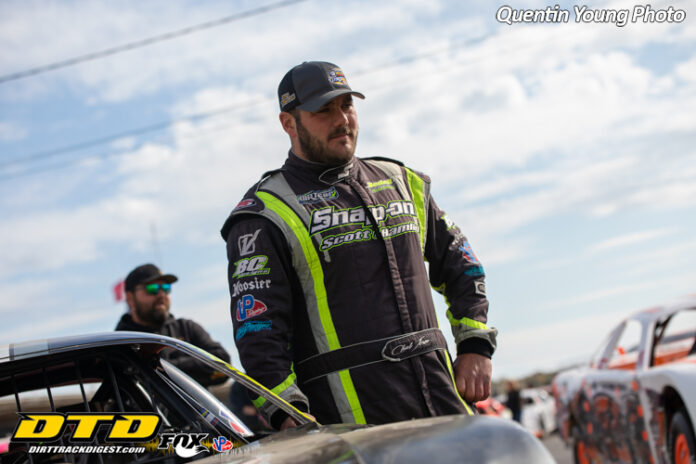 Chad Jeseo is no stranger to Super DIRT Week. Jeseo, a former Modified competitor, ran at the Mile in 2014 and 2015 before the track was demolished. He claimed the 358 Futures race win in 2014, which was his strongest performance at Super DIRT Week.

That changed today with Jeseo dominating the 50-lap DIRTcar Pro Stock championship event in his first ever visit to the Oswego Speedway.

It’s one of the biggest career wins for Jeseo and his team.

“This is like nothing else,” said Jeseo. “The event that DIRTcar puts on here is so special to all of us. To get a win here is just an indescribable feeling.”


The Pro Stock race at Super DIRT Week is their biggest race of the year. While there are other events for the Modifieds and Sportsman that some may argue rival Super DIRT Week, that is not the case for the Pro Stocks.

“NASCAR starts their year with their Super Bowl, we end our year with our Super Bowl,” said Jeseo. “We have some big races throughout the year, but it’s a long one. We start in April and run straight through to October. Super DIRT Week is the result of everything in our season up to that point has been. We’re ready to get back in the shop and regroup for a little while. We have to freshen our cars up and get them ready to compete next year.”

The Pro Stock class, like the Modifieds and Sportsman class, have seen a coil spring revolution. Drivers like Nick Stone and Josh Coonradt run a coil spring/shock setup that pitches the cars over in the corners similar to the way a Late Model leans over. Jeseo, however, has stayed with the traditional leaf spring setup and plans to continue running leafs.

“We will absolutely be back on leafs next year”, added Jeseo. “The coils are unbeatable on drive off. But, if you drive smooth and straight, the leafs will keep the momentum and the side bite through the corner. It worked well today with the bumps, the coil cars just can’t handle the ruts at all. We can roll right through them though, and it paid off today.”