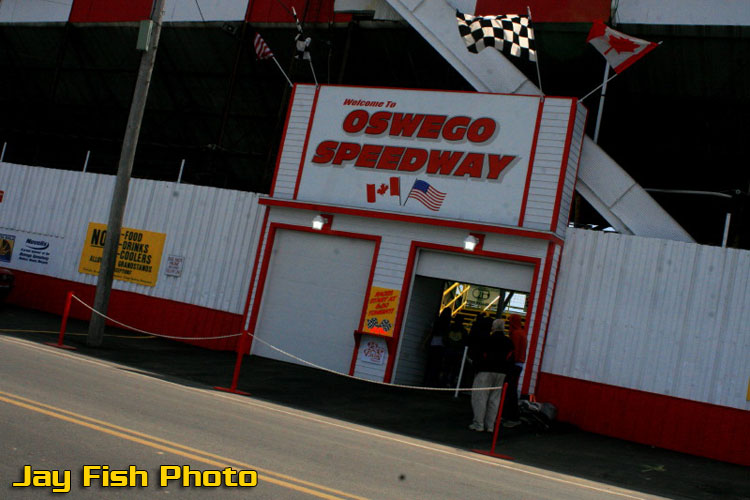 With just under four weeks until DIRT cars take the 0.625-mile oval, crews are scattered around the grounds of the Oswego Speedway freshening up the 65-year-old facility. One of the most-aggressive projects is the Lakeview Grandstand that oversees the back-stretch of the speedway. Over the past couple of weeks, crews have been removing old rusted-out seats and overhauling them with new steel to accommodate 6622 fans.

As work continues on the grandstands and uplifting of the facility, crews have also been busy cutting in new roads throughout the Oswego Speedway grounds for easy access to camping and amenities such as bathhouses. Additionally, electric and plumbing crews have been actively working on equipping select areas and camping with permanent electric, sewer, and water.

Just over 400 truckloads of the estimated 600 truckloads of clay that it will take to cover the speedway have already been transported to the grounds of Oswego Speedway. Transformation of the asphalt oval into a dirt track will begin as soon as the Race of Champions Modified event at Oswego Speedway is complete. Track constructors, led by World Racing Group’s team – which prepares the surface for Syracuse, Volusia Speedway, the Dirt Track at Charlotte, and Lernerville, Speedway, amongst others – will lay and compact the material, preparing the track over the 17-day period leading up to the event.

“We are excited to write a new chapter in the history of Racing’s Biggest Party,” said DIRTcar Racing CEO Brian Carter. “Crews have been working around the clock to make the improvements to Oswego Speedway and it’s great to see all of it start to take shape. We are confident that this will be one of the best Super DIRT Weeks yet.”


Albany Street, which runs parallel to the front-stretch of the Oswego Speedway, will be closed to traffic during NAPA Super DIRT Week to make room for the event and team merchandise vendors, concessions, and sponsor displays.

“Work has been non-stop at the Speedway for several weeks now, mostly focusing on the renovation of the Gary Witter Memorial rear grandstand and electrifying the flats campgrounds at the bottom of the Albany Street hill. Both of those projects will be improvements that the Speedway and Oswego fans will benefit from for many years to come,” said Oswego Speedway Public Relations Director Dan Kapuscinski. “John and Eric Torrese also made the long-term investment in an all-new digital video screen which debuted with great results during Budweiser International Classic Weekend. That, coupled with the two major projects previously mentioned along with new roadways in the rear campground, is all going to come together to build a bigger and better Oswego Speedway for many years to come,” added Kapuscinski.

World Racing Group invites you to hold the date of Tuesday, September 20th for the Pole Position Raceway Media Day at Oswego Speedway. Series and City officials, drivers and sponsors will come out for this ground-breaking event, when the first loads of clay will be brought onto the speedway, giving the media an opportunity to see the process along with all of the aforementioned renovations. Details regarding the Pole Position Raceway Media Day will follow next week. 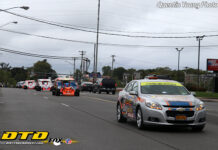 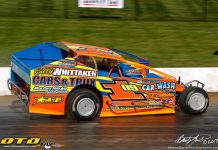 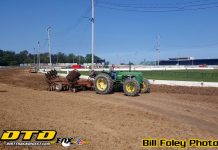