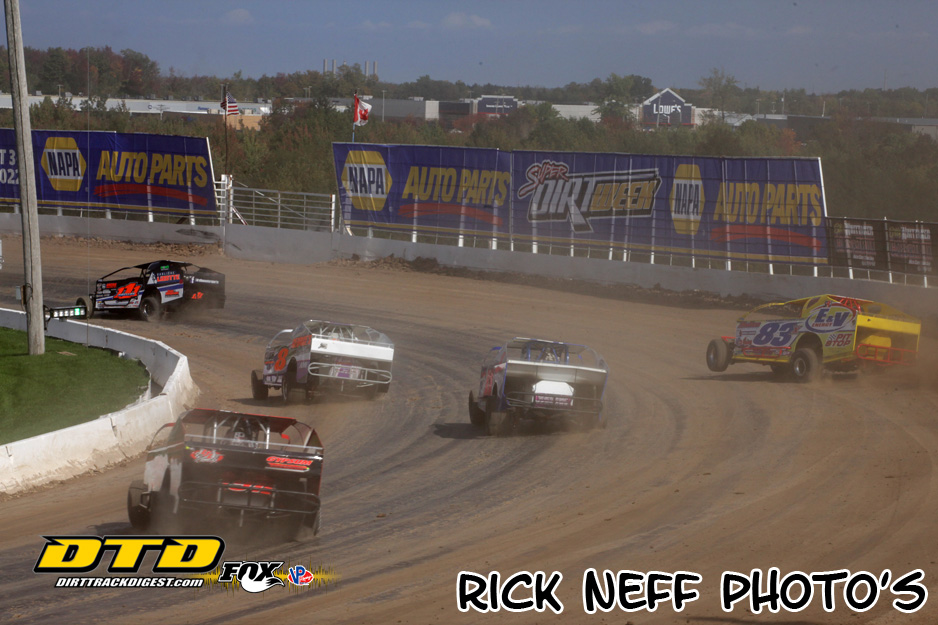 Erick Rudolph was released from the local medical facility and will return to the Oswego Speedway on Friday.

After an announcement from the race team that they would be skipping the Thursday night Brewerton small-block show and focus on the weekend ahead, Dirt Track Digest reached out to Erick.

A small-block was destroyed on Thursday afternoon after the nose dug into the surface and he had a violent flip. He walked away, but his team asked EMT’s to provide further assistance and Erick was brought to Oswego Health.

Erick’s big-block will be awaiting and he told DTD, ”We do have another small-block and will see what we can do for tomorrow’s heat races.”


Due to his situation, Rudolph will be required to start in the back of every qualifying heat he is scheduled for as he was unable to take time in either division.

Time trial order was determined by luck of the draw this year due to uncertainty surrounding the track.

Robbie Bellinger made his first racing appearance of the year as he, along with Ted Barcomb, brought out a brand new car for this week.

Earlier in the day oil covered the floor of the cockpit after an oil line separated. He turned out to be the 11th car on the track for time trials and with 62 cars timed there he was in the fifth, a locked in position.

Billy Decker went out 68th and he moved ahead of Bellinger with eight car remaining.

So the last car off the fourth turn on the final lap was Larry Wight, who regularly does quite well in small-block qualifying.

Larry crossed the line and the drama ended as he ended up 19th and Bellinger had the sixth and final locked-in position.

Wight said, “I think we overtightened it a bit and we made a few wrong turns. We dialed ourselves out of the top six.”

Jimmy Phelps has passed so many people in the past week it is hard to imagine that he would be in the position to do it again.

At Fulton he went from 40th to the lead with probably one of the best drives of his career.

Well, on Friday night fans will get to see a repeat of Phelps passing prowess as he will start in the back of the small-block qualifiers for the “Salute to the Troops 150.”

After hot laps he came off the track and a blown motor was discovered. A genuine contender for the win on Saturday night then went to plan B.

The back-up car was sent to Brewerton for last night’s Small Block Series show and it will be brought to Oswego where it will be prepped for Friday Night Lights.

However, Jimmy could use all his energy in the small-block as he doesn’t even have to go on the track for the big-block portion of the night as he will be sitting on the front row when the field takes the green on Sunday afternoon.

Of course there are surprises when it comes to time trials.

Fans love statistics and the question, “Where they startin’ “ is quite common.

Sixth through ten were The Doctor, RD3, Dave Marcuccilli, and Pat Ward.

Tim Fuller is usually right up toward the front and he ranked 16th while Rockey Warner, Peter Britten and Larry Wight were right behind.

Britten’s ride in the 358 Modified division is his Malta big-block car with a small-block installed.

There were 73 cars slated to take time but only 68 went under the clocks.

Not taking time was Zach Payne who was involved in a practice crash that heavily damaged the front end, rear end and motor of the 7z. Also not timing were Steve Lewis Jr, Brian Swarthout, Erick Rudolph and Jimmy Phelps.

There were so many potential first three row lock-ins, but when it was over the brand new Peter Britten car was on the pole and he is joined by Jimmy Phelps, Max McLauglin (with the first lock in of his career), Larry Wight, Stewart Friesen and Pat Ward.

So who else might have been considered a contender?  Well, defending 200 champ Mat Williamson came in seventh, upstart Tim Sears Jr. was eighth while front row legend Billy Decker was tenth.

Where was Matt Sheppard?  10th.

Tyler Dippel was a surprising 13th., Billy Dunn 14th, and many considered Chris Hile an outside shot, but he ended up16th.

Jack Lehner was top five in practice, but 20th when time trials had ended.

Freedom 76er champion Ryan Godown donned Hoosiers for a rare time this year and was 34th..

Two rookies were 40th and 41st as Darren Smith and J.J. Courcy are in a decent place, but it might be the borderline.

Invader Mike Gular, who won the $10,000 STSS final at Bubba Speedway in late January was 43rd.

Not taking time were Erick Rudolph and Chris Stevens as 68 of the 70 cars in the pits attempted to take time.

So it is on to Friday Night Lights which will be wall to wall action for every class in competition this weekend. Friday will also see the 85 plus Sportsman and the ever growing Pro Stocks on the track for the first time.