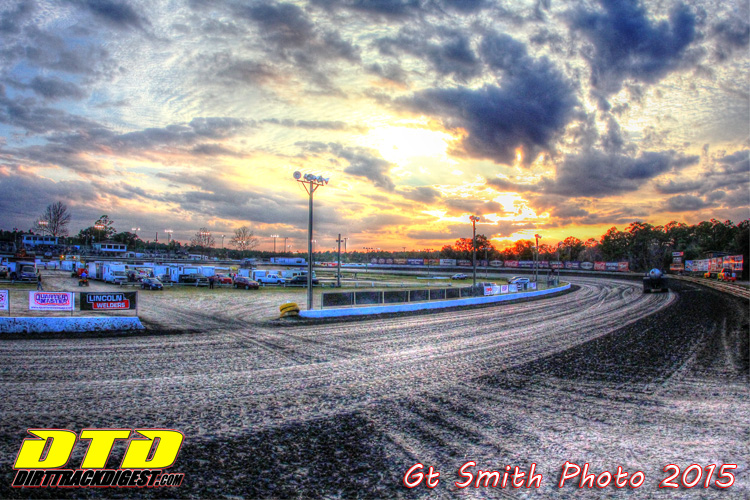 A wild fire spread quickly through the racing community on Monday night as it was discovered that the Volusia Speedway Park was ceasing operations to its weekly program. Wendi Underwood, the current promoter, released a statement on the speedway’s website http://www.vspdirtlife.com/ which said,

“The following is a statement from Track Promoter Wendi Underwood about the rest of the 2016 season at Volusia Speedway park:

To all drivers, fans and employees,

With circumstances beyond our control. VSP would like to announce with a heavy heart that we have closed the doors effective Wednesday. I want to say how thankful I am for the past 4 wonderful years. I have met so many wonderful people and have formed some lifetime friendships.


I do not know what the future holds for VSP. But I wish the best for all those who have supported us thru the past 4 years.

I have so many to thank and show my sincere appreciation too. That I will do at a later date.

I will contact drivers at a later date about end of year celebrations. That is unknown at this time.

With all my love, Wendi”

Although the track will cease weekly operation for the immediate future, action is on track for the DIRTcar Nationals in February. The facility is owned by World Racing Group and was leased by Underwood for the season. Jeff Hachmann, WRG Director of Events, was contacted on Monday to confirm the 2017 plans.

“It’s unfortunate that the people that leased Volusia Speedway Park have shut the doors, but this does not change the plans for the DIRTcar Nationals promoted by World Racing Group in 2017,” stated Hachmann. “Everything will continue as scheduled.”

The 2017 DIRTcar Nationals kick off their yearly 12 day stretch of racing on Tuesday, February 14, 2017 with the DIRTcar UMP Modifieds and open practice for the 410 Sprint Cars. Those looking for information about the schedule of events can visit www.dirtcarnationals.com.