Home Exclusive Columns You Say there was a Chance? Chris Hile Had a Shot at... 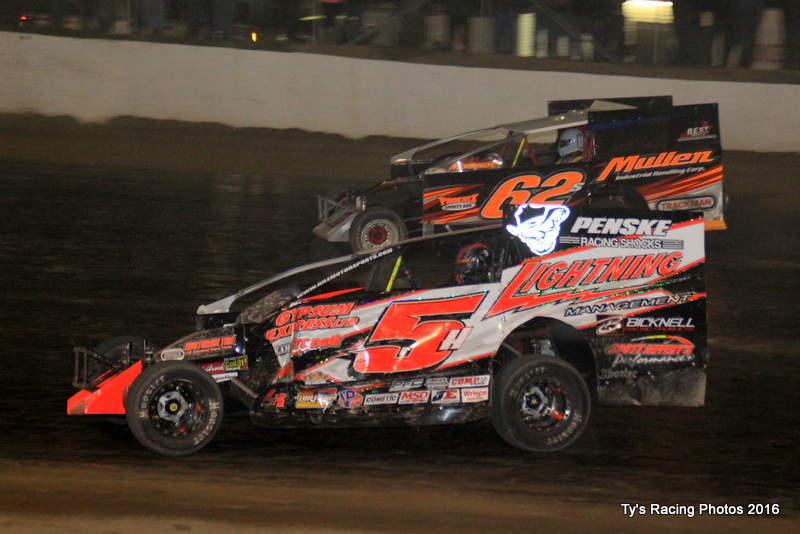 When all the columns and result stories were written, you know that Jimmy Phelps won his second Outlaw 200 at the Fulton Speedway. It was his second $20,000 check for the veteran and don’t get me wrong, he flat out earned it.

Yes the race was shortened to 188 laps, yes Mike Mahaney was closing, yes Alan Johnson was doing his late race heroics, yes, a lap 188 restart was quickly shut down cause of track conditions. But, all the above had 188 laps to put themselves in the position that Phelps was in, plain and simple.

The Outlaw 200 has a long storied history, some of the best have held the crown since it’s 1986 inception. While most of the winners are considered or actually are Hall of Famers, the track itself still gives a chance to your average “Saturday nighter” to have a chance. That indeed happened last night.

Chris Hile, of Syracuse, N.Y., calls Fulton home every Saturday night. He likes it there, he runs well there and he welcomes the challenge of the outsiders coming to his house for the 200.


While he did go winless in 2016 at the high banked oval, a slew of top five’s and top ten’s saw him take sixth in the season long points.

A bad draw saw an uphill climb but he will tell you he had a good car. “We just started a little too far back (drew 147) in the heat so we just missed transferring by one spot,” he went on. “But I knew we had a good car so we just got ready for the consi and we won that with no issues.”

Starting in 31st, it was a hill to climb but the surface annually is conducive to passing so Chris knew he could bring the car to the front. “For some reason we seem to be really good with the sail panels, it seems to suit my driving style,” Chris continued. “You have to hand it to the track crew, they always have it so nice week in and week out. It’s slick and smooth so we know what to do for this race.”

In the first half of the race, Hile’s LJL/Kevlar powered Bicknell was up to ninth and many noticed. Of the top ten at the lap 101 break, he easily passed the most cars.

Then came the second half and without help from the yellow lights, Hile went to work. Seventh on lap 110, fifth on lap 130, passed Billy Dunn for fourth on lap 160, by Larry Wight for third on lap 168 with just Phelps and Mahaney ahead.

“It was tough to get by Billy (Dunn) the track got better down low from lap 130 on, everyone was the same speed. We didn’t change much at the break, just some wedge to get a little tighter off the corner,” said Hile. “We widened the car out in the corners to get up to the guys up front.”

Then on lap 185 the yellow light shined for the first time for a slowing car. Mother Nature was throwing her hat in the ring adding her twist to this story.

Several laps clicked were run under yellow with the lap counter saying 188. It was a virtual 50/50 on to continue the race. The lights were turned off and a restart was coming. To say this peeked the interest from the big crowd is quite an understatement.

The cars fired and you can see they had a hard time getting up to speed, the yellow lights quickly turned on. The one driver that threw out the ‘awe shucks’ was Chris Hile.

“First I didn’t really want to see the yellow, even though Alan (Johnson) got me I felt I had a car to get them in lapped traffic, I still could run anywhere on the track. But…that restart,” Chris went on with a smile, “We were staying in the middle while going around under yellow, it was pretty dry there. When we went green they (top 3) all went low and I just drove right around Alan but they threw the yellow.”

While he thought this was indeed his chance, he has been around a while. He knew the deal.

“Sure I was disappointed but what can you do. You just can’t control the weather and it put the track in a tough spot,” Chris went on about his accomplishment. “Hey, how can you be upset about fourth against these guys. We have been good in this race before but to be right there is kind of cool!”