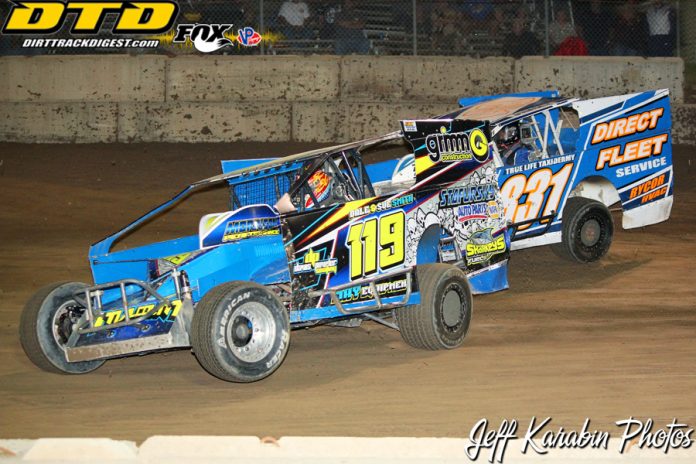 ACCORD, NY – The points from last Friday night’s racing action at the Accord Speedway have been updated and although some champions have been named there are a couple of close battles in progress with this coming Friday evenings “Night of Champions” on September 8th at the speedway, slated to determine all of the speedway champions for the 2017 racing season. The headline sponsor for the evening will be the good folks at Upstate Auto and all of the drivers who remain in contention with aspirations for a track title will have to be at their very best in this final opportunity to be track champion and win the bragging rights and the money that goes along with it at the speedway for a job well done.

All speedway champions will be interviewed in the WRWD Radio Victory Lane at the conclusion of the racing events. Also on tap on Friday evening is a special tribute and salute the speedway will pay to all first First Responders on the Anniversary of the horrific events that occurred in our country on September 11th, 2001. All First Responders, Police, Firemen, Correction Officers and EMT’s will be admitted to the speedway FREE of Charge with Department ID along with a guest. The spectauclar show will offer many firetrucks and emergency equipment from the surrounding communities along with a bagpipe band, bugles, chorus singers, a 21 gun salute and another fireworks extravaganza.

The United Pump and Tank Modified title has been secured as “Showtime” Danny Tyler will be crowned the 2017 track champion in the Modified division. The Arkel Motors Sportsmen title is close and will come down to the wire with “The Bushkill Bullet” Kyle Rohner (609 points) needing to finish at least ninth to claim the 2017 title as veteran Tony Kowalchuk (588 points) remains close behind. In another close battle, Travis Brockner (624 points) has a mere four point advantage over veteran wheelmen Steve Williams and Ray Tarantino (620 points each) and John Hechinger (614 points) and Emerson Cargain Jr (606 points) still in the hunt in the Upstate Auto Pure Stock division finale. “The Highside Hustler” Eric Jennings has locked up the title in the WRWD Radio NEWS Sprint Car division as he leads Larry McVay by forty points coming into the final points event of the season. The Want Ad Digest Junior Slingshot division will find New York’s “The Cold Spring Kid” Jake Mason owning the title with a spectacular season of racing, winning eight events thus far at Accord and securing another two wins at his Saturday night junket the Hamlin Speedway.

Make it a great night out on Friday evening, September 8th with a trip to the “Gem in the Catskills” Accord Speedway.

Racing fans are encouraged to secure your plans in advance for the “King of the Catskills” spectacular coming to the speedway on September 15th and sponsored by Insinger Fuels. The Modified event will be 60 laps and offering a grand prize of $5,000.00 to the winner. The Sportsmen will race for 30 laps and the winner will receive a $1,500.00 prize and is a memorial event for longtime Accord racer Joe Giachinta, who lost his life in an industrial accident. Enduro racing will immediately follow the feature events with $2,000.00 on the line for the winner and sponsored by Emmanuel’s Market located in Stone Ridge, New York.

For further updates and information regarding all of the news and additions to the Accord Speedway, log on to their well documented website at: http://accordspeedway.com or call the speedway hotline at: 845 626 3478. At the Accord Speedway 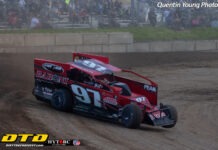