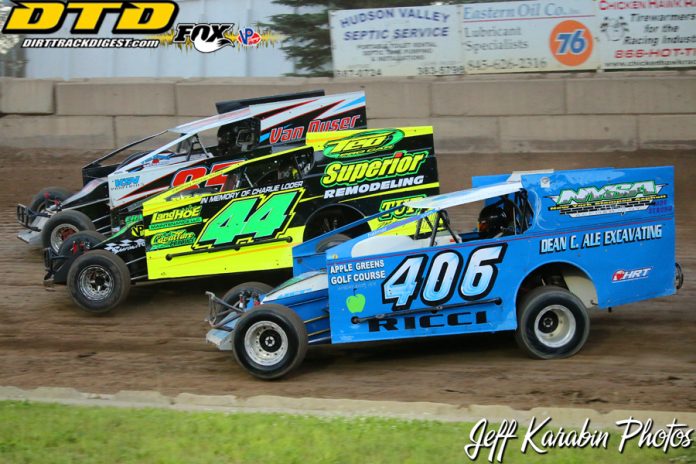 ACCORD, NY – You better hold on tight for this 12-second ride!

The Bob Hilbert Sportswear Short Track Super Series (STSS) Fueled By Sunoco heads to the ‘Ulster County Bullring’ of Accord Speedway on the eve of Independence Day: Tuesday, July 3. The Palmer family’s “elbow’s-up” quarter-mile oval is set for 50 laps of STSS big-block/small-block Modified action in Round No. 3 of the series’ Halmar International North Region.

Racing action at Accord is always intense. With a $12,500 championship looming at year-end and a healthy $5,000 going to the event’s winner, it will be all-out in the sixth edition of the ‘Battle of the Bullring’ midweek special.

A year ago, Anthony Perrego completed a last-lap, last-turn pass of local hotshoe Jimmy Wells in a 50-lap feature that went green-to-checkered without a caution flag. The finish brought a large crowd to its feet!

For 2018, NASCAR Camping World Truck Series driver Stewart Friesen is two-for-two in STSS Halmar International North Region competition. Friesen went to Victory Lane at Orange County Fair Speedway in Middletown, N.Y., on May 8 and won a thriller at Outlaw Speedway in Dundee, N.Y., in the most recent event on June 20.

Surprisingly outside of the top-10 after two events is ‘Super’ Matt Sheppard, who suffered misfortune at Outlaw while contending for the race lead. Sheppard will have the Maryland-based Hurlock Auto & Speed No. 9s in the pit area at Accord.

Of course, Accord’s tough weekly regulars will be looking to stake their claim of the $5,000 top prize. Wells was so close a year ago. A winner already at the Big A this year, could he gain redemption?

Joining the STSS Modifieds on the card are STSS Sportsman in Race No. 1 of their five-event series paying $1,000 to win and $100 to start plus Street Stocks with $350 going to the winner of the 20-lap feature.

The ‘Battle of the Bullring 6’ has a rain date in place of Wednesday, July 4. 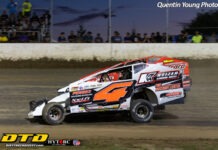