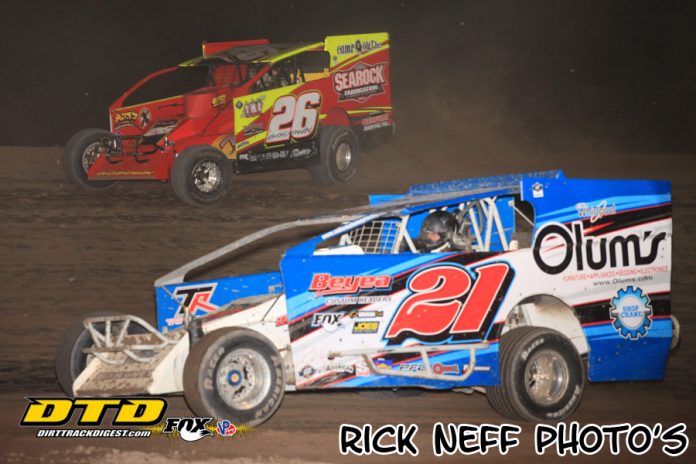 ACCORD, NY – Stewart Friesen has stolen the headlines so far, but Mike Mahaney is emerging as a quiet force in the Bob Hilbert Sportswear Short Track Super Series (STSS) Fueled By Sunoco.

Friesen has won both STSS Halmar International North Region races contested in 2018 and leads the $12,500 championship battle. However, Mahaney is not far behind.

The ‘Battle of the Bullring 6’ is an “elbows-up” contest on the tight quarter-mile oval for 50 laps, with $5,000-plus waiting at the wave of the Sunoco Race Fuels checkered flag.

Mahaney will be in the mix with his Charlie Davis-owned Olum’s-sponsored No. 21 Troyer.

Mahaney finished sixth in the STSS North Region opener on May 8 at N.Y.’s Orange County Fair Speedway driving the Buzz Chew No. 88. Then, after rain postponed events at both N.Y.’s Thunder Mountain and Pa.’s Big Diamond, it was off to Tyler Siri’s Outlaw Speedway in Dundee, N.Y., on June 20.

Mahaney started the 50-lap ‘Outlaw Showdown’ from 14th and raced to the fourth position.

Now, it’s off to Accord: a facility where Mahaney has run well in the past both in STSS events and the unsanctioned fall ‘King of the Catskills’ special.

With 225 points, Friesen leads the standings. Mahaney, with 186 points, is second followed by Billy Decker (181) and a tie for fourth between Keystone State drivers Duane Howard and Rick Laubach, both with 162 points.

Joining the STSS Modifieds on the card are STSS Sportsman in Race No. 1 of their five-event series paying $1,000 to win and $100 to start plus Street Stocks with $350 going to the winner of the 20-lap feature.

The ‘Battle of the Bullring 6’ has a rain date in place of Wednesday, July 4. 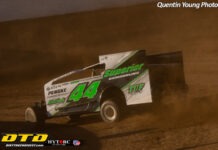 Anthony Perrego Crowned King Of The Catskills At Accord