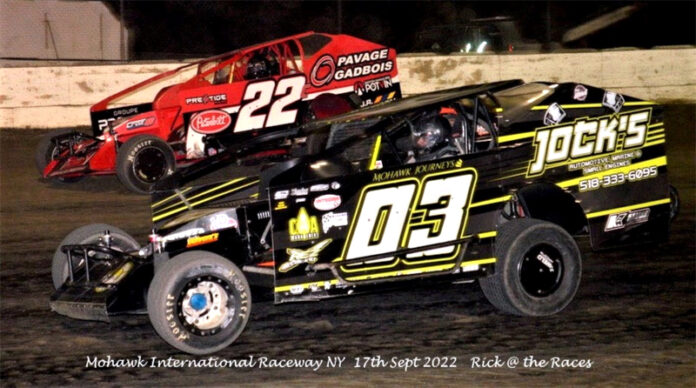 Winning big races is something Cody Mcpherson does also. He called Merrittville home, and also claimed Humberstone his race place on Sundays. While he wasn’t able to fully utilize his finishes due to schedule changes at Humberstone, he still found the way to victory lane in the Pete Cosco Memorial RoC event, which was his third of the year there driving his C. Mcpherson Jr. Trucking – Willard Concrete number 7 Bicknell Racing Chassis.

Final driver on the podium of highlights for KOD weekly updates is Upper Makefield, PA racer Joe Toth. He’s been red hot to end the season at New Egypt Speedway including a win this past weekend, which was his third in a row. He put an exclamation point on a championship season at NES driving his Belmont’s Garage – Izzi Trucking & Rigging number 9 Bicknell Racing Chassis.

OVERALL KOD CHAMPIONSHIP NOTES: Big fall races highlight the end of the 2022 racing season for most drivers including Matt Janczuk who has one race left on the Utica Rome Schedule in October. Janczuk is making history this season, including an unprecedented 12 wins and achieving a perfect score. A feat nobody expect any driver from a single track to achieve. In doing so, Janczuk has all but earned the KOD crown for 2022. 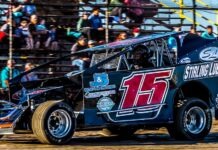