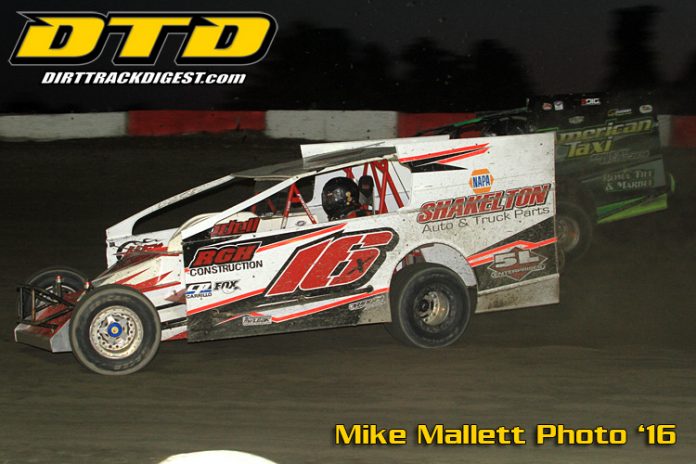 On Wednesday, June 21, the STSS Halmar International North Region Modifieds invade the Afton Fairgrounds facility for a 50-lap event offering $5,000 to win and $400 to take the green. This event marks the first midweek program for Afton promoters Ron Ford and Leon Andrus, who took over the reins prior to the 2017 season.

The Afton Motorsports Park, previously known as I-88 Speedway, has hosted the STSS twice annually since the series was formed in 2014 for a total of six events. Previous winners include Ryan Godown (October and July 2016), Danny Creeden (October 2015 and July 2014), Stewart Friesen (July 2015) and Shaun Walker (October 2014).

The 50-lap event is another leg toward the rich $12,500 STSS Halmar North Region championship.

Joining the Modifieds are Crate 602 Sportsman racing 25 laps for a $1,000 top prize and $100 to take the green. This American Racer Cup Challenge event grants bonus points toward the Insinger Performance North regional battle of the American Racer Cup.

Completing the three-division card will be FWD Four Cylinders in a 20-lap event offering $200 to the winner. Generally accepted Southern Tier FWD rules apply for this program.

Complete race rules and information can be found on the web at: http://bdmotorsportsmedia.com/afton-action-50-rules-prices-general-info/