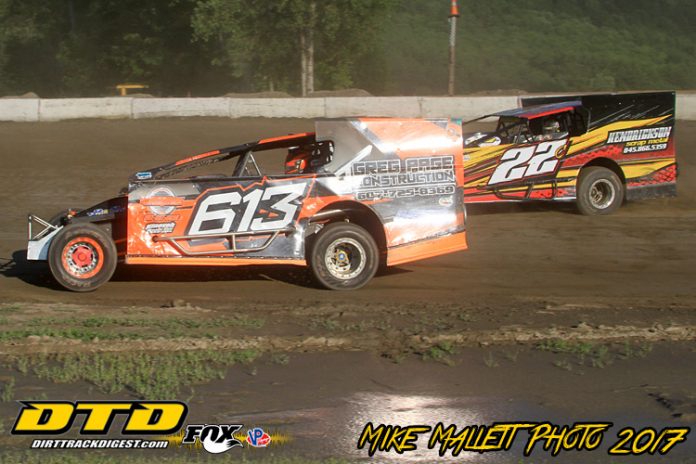 AFTON, NY – The Modified feature winner this Friday night at the Afton Motorsports Park will receive a Guaranteed Starting Spot for the Fulton Outlaw 200 which takes place on Saturday September 30th.

This Guaranteed Starting Spot was originally going to be given out on Tuesday August 8th, but that show has been cancelled and will not be made up.

“First off on behalf of the Modified racing teams that race at Afton Motorsports Park weekly, I have to say Thank You to John & Laura Wight and Cory Reed of the Fulton Speedway for awarding us a Guaranteed Starting Spot for the Fulton Outlaw 200,” said Ron Ford.


Leon Andrus continued on by saying, “We have a very competitive field that races at Afton on a weekly basis in our Modified division. This Guaranteed Starting Spot for one of the premiere short track races in the Northeast is icing on the cake for the feature winner this Friday night.”

Racing at Afton Motorsports Park this Friday night sees gates opening at 4pm, hot laps at 6:15 pm, and the first heat gets the green at 7pm sharp. The Modifieds will be using their normal weekly handicap for heats and features and they will race third in the running order of the program.