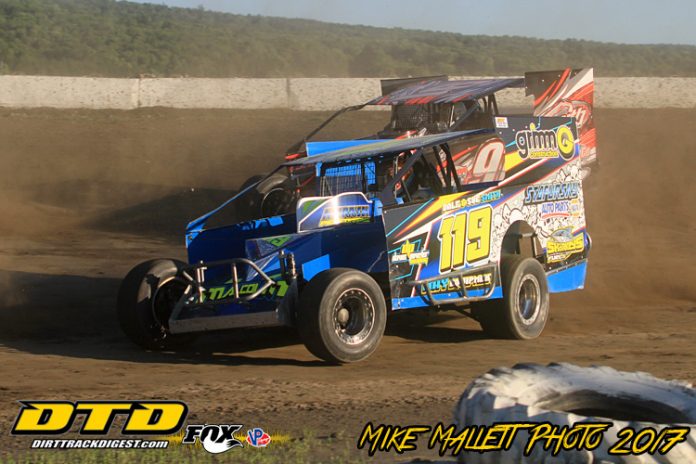 AFTON, NY – In nine editions, the ‘Working Man’s Race’ last lived up to its name.

The Modified portion of the program, as it has been since the inaugural at Afton in 2006, will be contested on Saturday of the weekend-long event.

Will a 10th winner be established this year?


Tillson, N.Y., short-tracker Mike Ricci bested the field in the ’06 first edition of the ‘Working Man’s Race’ driving for Jim Winchell, which set the precedent for SuperNationals to come.

Justin Holland, a relative Modified upstart from Kauneonga Lake, N.Y., put his name on the map with a huge upset win in 2010.

Taking the top honors back home to Pennsylvania in 2011, Duane Howard of Oley, Pa., bested a massive field with the Mike Petruska-owned No. 66.

“Showtime” Danny Tyler of Cottekill, N.Y., made the Accord (N.Y.) Speedway faithful proud during the 2012 running, which was completed despite rain through midday.

Representing the Capital District, Fonda (N.Y.) Speedway mainstay Craig Hanson made his first SuperNationals start in 2013 and walked off with the most prolific win of his career.

In 2014, the event returned to its birthplace on the Afton Fairgrounds. Masonville, N.Y.’s Shaun Walker, who actually made his Modified debut in the 2006 running, worked the low line to Victory Lane.

A year later in 2015, Wurtsboro, N.Y.’s Danny Creeden drove to a hotly contested triumph as the ‘DC Express’ built his name as a contender in major Southern Tier events.

The ‘Ringoes Rocket’ Ryan Godown became the first New Jersey based driver to win the SuperNationals in a rain-postponed 2016 version. Godown passed track champ Andy Bachetti in a 50-lap event that spun off green-to-checkered with no cautions.

A talented and diverse field of Modifieds will again congregate as the “Working Man’s Race” turns 10 at Afton Motorsports Park.

Two full days of racing are on the docket at the fairgrounds oval.

The Saturday (October) program is headlined by the 50-lap STSS Modified showcase.

New for 2017: the American Racer Cup Modified track champions are invited for one-on-one Match Races. All participants receive a certificate for a FREE tire. The winner takes home a cool $2,000!

The Street Stocks will battle 20 laps for a $1,000 winner’s share thanks to sponsor Trackside Products.

New this year, Street Stock champions from area speedways are invited for a 15-lap Dash paying $500 cash to win. All participants will receive a certificate for a FREE tire.

Also on the Saturday card are the IMCA-Modifieds ($400 to win, $75 to start) and Vintage Modifieds.

The CRSA Sprint Cars will make their second SuperNationals appearance on Friday, joined by FWD Four Cylinders racing for $250 to win and $40 to take the green flag.

Modifieds and Street Stocks will be invited to practice on Friday night in advance of their Saturdayevents. 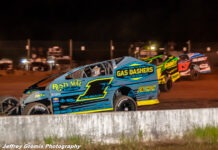 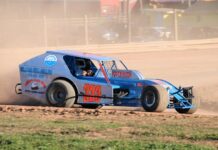 Mike Houghtaling Hoping 2021 Will Be “Hammer Time” With The DMNT