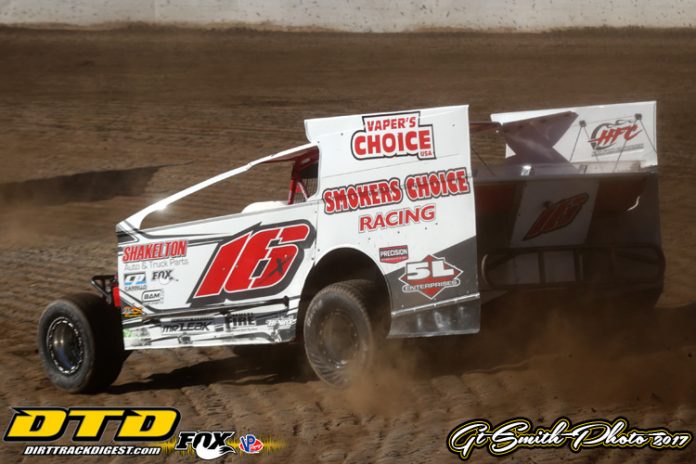 Additionally, American Racer Cup track champions will take part in one-on-one match races, with the overall winner earning $2,000 from Lias Tire and Sunoco Race Fuels. All participants in the match races receive a certificate for a FREE American Racer tire.

Bachetti won the championship at Afton Motorsports Park this season. The Sheffield, Mass., driver also finds himself atop the STSS Halmar North Region standings with two events – including the SuperNationals – remaining.


Tyler, of Cottekill, N.Y., broke through with the point title at his longtime home track of Accord (N.Y.) Speedway. He recently capped his championship season with the $5,000 ‘King of the Catskills’ victory at the Ulster County track.

Joining the STSS Modifieds and American Racer Modified Champion’s Match Races on Saturday (Oct. 7) are Street Stocks receiving $1,000 to win courtesy of Trackside Products plus a Champion’s Dash for Street Stocks paying $500 to win thanks to Lias Tire, IMCA Modifieds ($400 to win) and Vintage Modifieds.

Sportsman will have their American Racer Cup Dash on Friday, offering $1,000 to the winner and a certificate for a FREE American Racer tire. Also competing on Friday are the CRSA Sprint Cars, FWD Four Cylinders and Modified/Street Stock practice for Saturday.