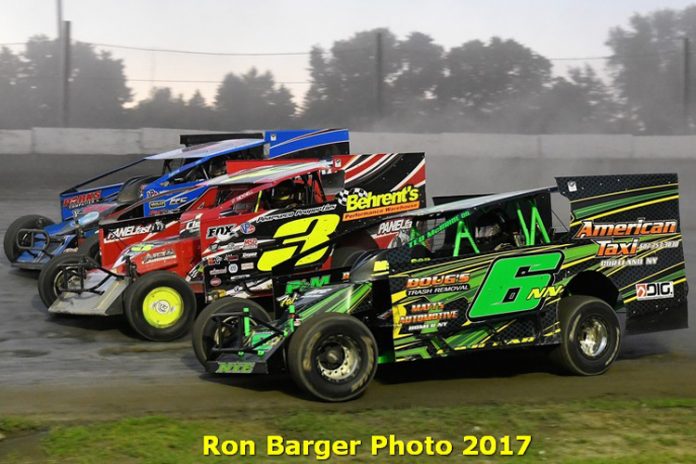 Previously, open Modified practice had been scheduled for the Friday night portion of the weekend.

Now, it has gotten more lucrative.

To celebrate the 10th anniversary of the Short Track SuperNationals, the ’10-Spot Dash’ has been instituted for Bob Hilbert Sportswear Short Track Super Series (STSS) Fueled By VP Modifieds.

The drivers finishing second through fifth, respectively, in the dash will have the option to pick one of the following positions:

*10th starting spot in the Accord (N.Y.) Speedway ‘Gobbler’ on Saturday, November 25

Remaining drivers in the dash will receive $100 cash.

The Saturday (October) program is headlined by the 50-lap STSS Modified showcase.

New for 2017: the American Racer Cup Modified track champions are invited for one-on-one Match Races. All participants receive a certificate for a FREE tire. The winner takes home a cool $2,000!

The Street Stocks will battle 20 laps for a $1,000 winner’s share thanks to sponsor Trackside Products.

New this year, Street Stock champions from area speedways are invited for a 15-lap Dash paying $500 cash to win. All participants will receive a certificate for a FREE tire.

Also on the Saturday card are the IMCA-Modifieds ($400 to win, $75 to start) and Vintage Modifieds. 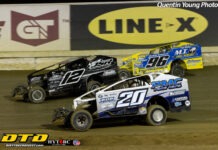