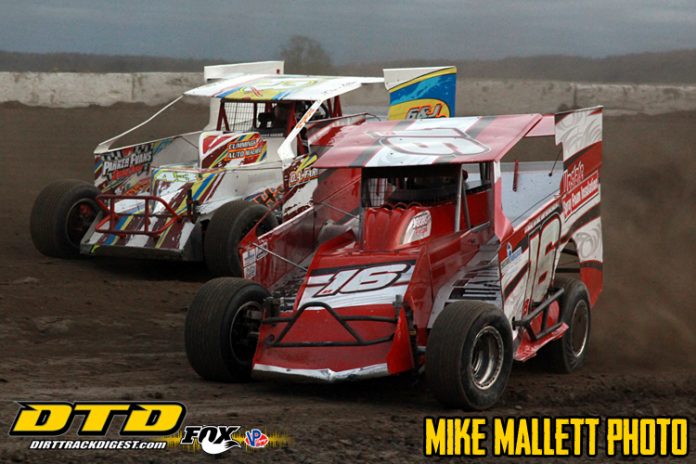 AFTON, NY –  Afton Motorsports Park track promoter Ronnie Ford announced today the 2019 racing lineup that will be in competition at the three eights mile fairground oval. It will be the exact same division lineup that was in competition at the track in 2018 with the exception of a combined Four Cylinder division. As the Trucks and Front Wheel Drive cars will race together and a rule meeting for this new combined division will be forthcoming in a few weeks.

This year Ford has stated that after four weeks of racing all six divisions will be looked at in the area of car counts. If any division cannot produce a weekly division field of at least 12 cars or more that division would be in danger of being dropped due to low car counts.
The 2019 division lineup at Afton Motorsports Park will be Big / Small Block Modifieds, Open Sportsman, Crate Sportsman, IMCA Modifieds, Street Stocks, and Combined Four Cylinders.

” At our rule meeting on October 24th, I was amazed at how well attended the meeting was as there were well over 100 people on hand ” said Ford. ” Going into that meeting I had no intention of going back to running six divisions weekly. But there was such outstanding support shown by every division that we raced last year. I decided that we will start out with the same six divisions that we raced last year and added the Front Wheel Drive Four Cylinder cars will race with the Trucks. Everyone at the meeting was told that if their respective division cannot draw 12 cars or more on a weekly basis after four weeks of racing, that division will be in danger of being dropped. ”

Ford continued on, ” Also at the meeting we had great support shown by the Junior and All Star Slingshots. They will not be left out in 2019 at Afton Motorsports Park as I will be getting ahold of their representatives shortly to set up a part time schedule for them at the track for 2019. ”


There will be a rule meeting taking place for the new Combined Four Cylinder division and the Street Stock division in a couple of weeks. I have to set the date and we will announce the date on our website and the meeting will take place at the Afton River Club.

Ford also announced that the 2018 Afton Motorsports Park Banquet will take place at the Afton River Club on Saturday night January 26, 2019. More information regarding ticket price and how to attain them will be released in the near future on this festive evening.
For more information on Afton Motorsports Park please log on to the World Wide Web at www.aftonmotorsportspark.com or please call 607 – 624 – 3772.

Afton Motorsports Park is fast, fun, and furious… come check us out in 2019 ! 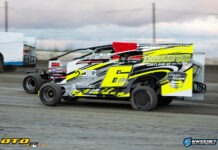