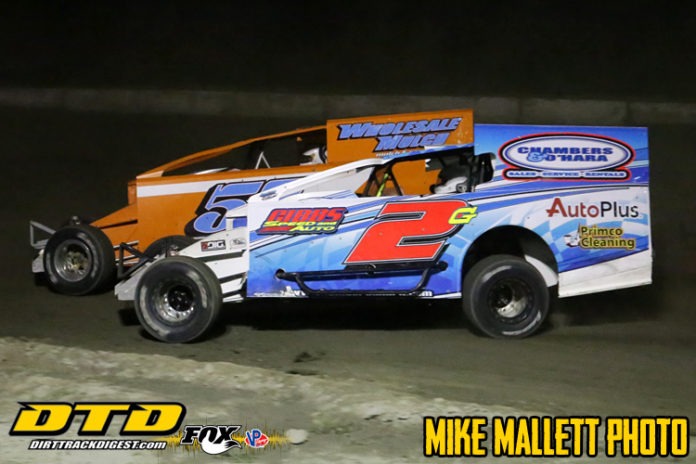 Ford announced Monday that he had come to terms with the Afton Driving Park, led by Fair Board president Rhonda Barriger, to continue his lease agreement at the three-tenths-mile track into next season.

Ford, a resident of Afton, N.Y., is a former racer who originally partnered with Jamie and Denise Page during their promotional era at the speedway, then under the I-88 moniker.

He has been at the helm of Afton Motorsports Park since 2017.


Ford said as part of his contract extension, both American Racer tires, through a partnership with Lias Tire in Indiana, Pa., and Sunoco Race Fuels, via Insinger Performance of Dushore, Pa., will return as the official tire and fuel suppliers at the speedway.

‘Open’ big-block/small-block Modifieds will headline weekly racing in ’21. Crate 602 Sportsman will also be a regular division.

Ford said he is taking some time to decide on the remainder of the weekly lineup.

“We are putting the word out to see what the interest is from different divisions so we run the classes that will bring the most cars,” he said. “Modifieds and Crate Sportsman are definite. The rest we will announce during the off-season.”

Ford held only three events in ’20 due to regulations in New York State not allowing race fans to attend in the grandstands.

Ford confirmed the “Working Man’s Race” Short Track SuperNationals will return to Afton next October after COVID-19 regulations do not allow the event to be run on the traditional Columbus Day weekend date. He will also work on other special events to be run throughout the season.

Keep posted to www.aftonmotorsportspark.com for updates regarding the ’21 season at Afton Motorsports Park.