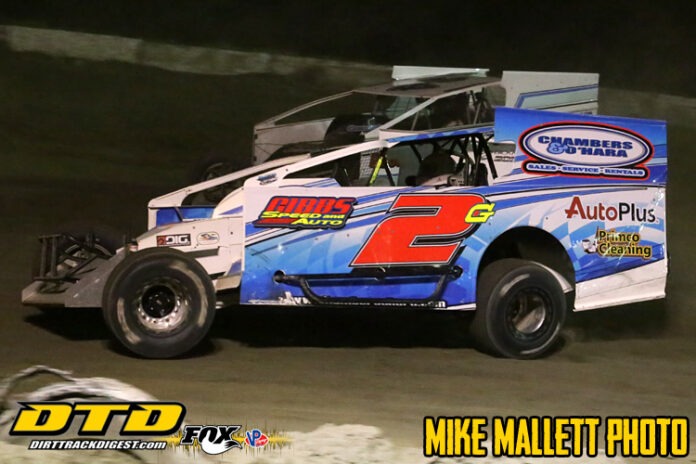 AFTON, NY – Ron Ford is highly anxious for the start of his fourth year as the sole promoter of the Afton Motorsports Park. The track is located on Route 41 right at the Afton Fairgrounds in Afton, N.Y. and is just off of interstate 88 at exit seven. After the season last year where only three races were contested because of the no fan restrictions Ford is ready to put the 2020 season behind him and greet 2021 with renewed excitement and enthusiasm. The divisions are set to start with Modifieds with a mix of big and small block, Open Sportsman, 602 Crate Sportsman, Street Stock, Factory Stock and the Sling Shot division every other week. Weekly racing is on Friday nights with start time at 7:00 pm sharp. As always at the speedway the shows are run quickly with the headline Modified division always running as third in the lineup. Get them in and run the races and let them go home has been the mode of operation at the speedway since Ford being at the helm. The race season will consist of a twenty-two-race schedule which includes one mid-week show on Tuesday June 29 which is a total Grit Series event. The event will be for Grit 602 Crate 602 Sportsman, Factory Stock and 600cc Modified. Opening day will is slated for Friday April 30 with all divisions in action. Prior to the opening night race two test and tune sessions are scheduled for Friday April 16 and 23 which is done for drivers to shake down their rides and the track personnel can see how the track is coming around after the long hard winter.

The Capital Region Sprint Agency (CRSA) 305 Sprints will see action twice at the Fairgrounds oval, first on Friday July 9 and again during the final weekend at the speedway. The final weekend is the Short Track Super Nationals (STSN) a two-day affair on Friday October 8 and Saturday October 9 with the (CRSA) on the Friday card. There will be two visits at the speedway with cars from the past and both events will be by two different organizations to add a little more variety to the lineup. First appearance is being presented by the Dirt Modified Nostalgia Tour on Friday August 6. The second appearance will bring the Mohawk Valley Vintage Modified group on the Saturday portion of the (STSN) October 9. One other visiting division this season will be the IMCA Modified cars for a series race that long time IMCA racer Jake Maynard has put together to try and grow and reenergize the division here in the Northeast. As of this writing Maynard has got a very good start on doing that and I am looking forward to the Friday July 30 date here at the speedway.

Opening night is always a great night at any speedway as you get to see the driver changes in division as they move up, new and different competitors and just an overall joyess atmosphere. There has been loads of interest at the speedway from the many phone calls to Mr. Ford and from word of mouth from tracks visited already here this season. Mr. Ford went to Bubba Raceway Park in February and has been to all the Bob Hilbert Sportswear Short Track Super Series Fueled by Sunoco South events held up to this writing. With the season last year being without fans and no racecar shows to go to here in the Southern Tier region the fans are chomping at the bit to get going.

Keep an eye on the Afton Motorsports Park Facebook page for many competitors’ photos and updated information. Old and new marketing partners have been signed and the billboards will be going up soon and like all race tracks they could always use more. Advertising at the track is very economical with a starting package as low as $300.00 and race fans, crews, owners, drivers and officials are very loyal to folks that support the sport we all love. If your reading this and would like more information give Mr. Ford a call at 607.624.3772 or call Leon Andrus a call at 607.245.6385 or drop Leon a message on his Facebook page or his email leon84@aol.com

Other ideas are in the works and also a Spring clean-up day will be held here shortly and will be announced on the Facebook page. It is a great way to come out and give an hour or two of your time to make the place we all love even better as there is always sprucing up to be done and this winter was harsh.

One last thing, most of the on and off-track personnel have been filled but there is a few still open and again they are listed on the Facebook page. It is a great way to meet new people and gives you a great night out. I hope to see you for the test and tune sessions and definitely for opening night as I also can’t wait to get started and get back behind the microphone. See you soon!