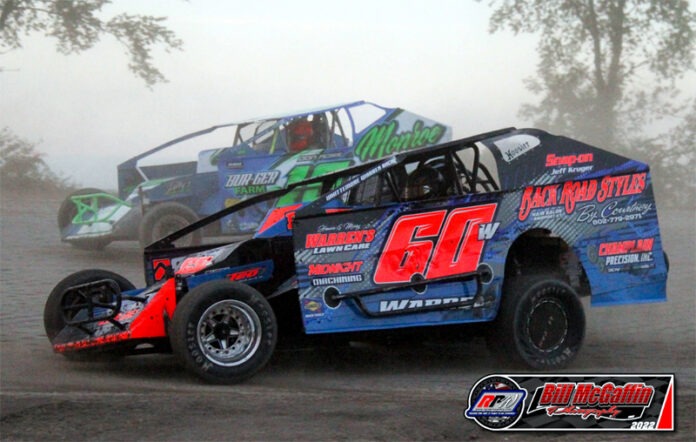 FAIR HAVEN, VT –Fall races are coming in handy for certain drivers looking to improve their position on the King of Dirt  leaderboard such as Matt Ellery from Bridgeport and Gary Smith from Five Mile Point, but it was Anthony Warren who saved his best performance for the last race of the year at Devil’s Bowl Speedway by claiming victory.

Shoreham, VT racer Anthony Warren was a welcomed addition to the Fastline Performance King Of Dirt Racing Championship battle presented by Swagger Factory Apparel. He’s been hustling weekly at Devil’s Bowl against a tough field and saved his best performance for the last race of the year earning a win in his Oakmulgee – Warren’s Lawn Care number 60W Teo Pro Car.

Matt Ellery is another registered KOD driver who hustles weekly against a strong field of competitors. He puts in his work at Bridgeport Speedway, where he recently picked up his first win of the season. This past weekend he backed it up with a second place finish improving his position on the leaderboard driving his Ellery’s Pub & Grill – Supreme Heating & Air number 29 DKM Cyclone Racing Chassis.

Final driver earning a highlight this week is Gary Smith, who raced his way to a runner up finish in a fall series event at Five Mile Point this past weekend. Smith has quietly made noise all season long in the Southern Tier earning a combined 14 wins in 2022 between Five Mile and Afton Motorsports Park driving his Matco Tools – Winsor Acres number 7UP Teo Pro Car.

OVERALL KOD CHAMPIONSHIP NOTES: As the season winds down it’s important to note all races on a driver’s home track schedule are opportunities to better their 12 best finishes. 2022 has been a learning curve for KOD as we introduced a new weekly program, and 2023 promises to be even better with a few minor adjustments to the program.

The KOD banquet will be in conjunction with the Devil’s Bowl Speedway banquet with full information including date, time, and pricing to be released in the coming weeks. 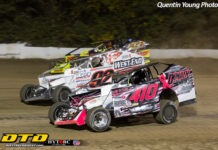