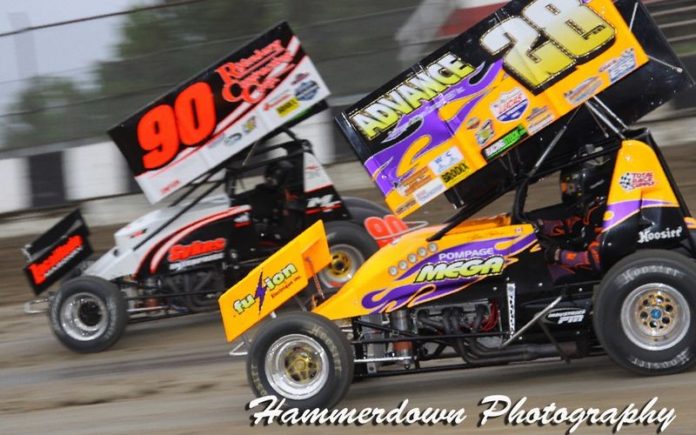 PLATTSBURGH- The Lucas Oil Empire Super Sprints will make an appearance at Airborne Park Speedway on June 10 of 2017.

The series runs both in the United States and in Canada. Last season, events were run in Ontario, Quebec, New York, Pennsylvania and New Jersey.

The group has a U.S. tour and a Canada tour that the drivers can participate and collect championship points. There is also an overall combined point standing for both tours.

“We are looking forward to making our return to Airborne after nearly 30 years,” Empire Super Sprints Promoter Dean Reynolds said. “It’s a pleasure to come to one of the premier facilities from both sides of the border and the fans will get to see the best ESS sprint car drivers from the US and Canada.”

Airborne Promoter John Walker, is looking forward to the event and is optimistic about cars and fans.

“I think we are in an ideal location to draw cars from both sides,” Walker said. “This show and car count has the ability to be huge.”

The Empire Super Sprints will be in the Northern part of New York for the weekend, with a stop at the Mohawk International Raceway on Friday night.

“With our event at Mohawk the night before, it makes for a great weekend in the North Country,” said Reynolds.

The new look for Airborne in 2017 has created a great buzz throughout the Empire Super Sprints community along with the dirt racing community in general.

“There is a lot of excitement with the dirt being placed back down on the surface and we were honored that John reached out to us to add to his already exciting schedule,” Reynolds added.

To stay up to date and for more details, visit airborneparkspeedway.com or on Facebook at Airborne Park Speedway.