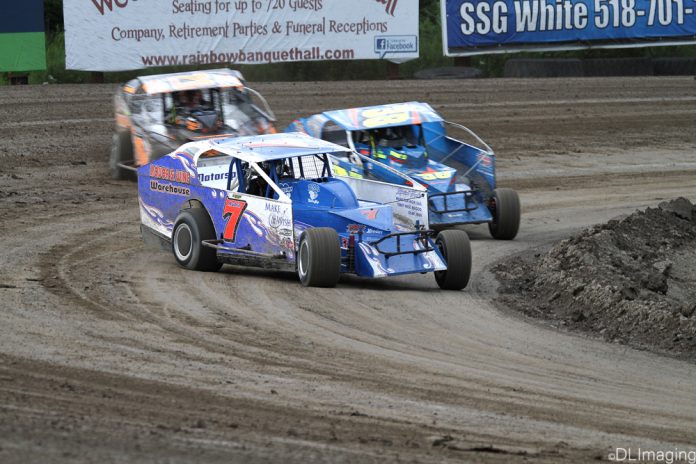 PLATTSBURGH, NY – The DIRTcar Pro Stock Series will invade the Airborne Park Speedway this Sunday at 5 p.m. In addition, a $1,000 to win Sportsman race plus Rev Star divisions will be a part of the racing card presented by Champlain Peterbilt and Great Northern Supply.

The Sportsman special event will pay $1,000 to the winner and all other finishing position payouts will be doubled from the regular Fidelis Care Sportsman payout. 30 cars will qualify for the 50-lap race with provisional starting spots for all 2017 DIRTcar Sportsman Champions.

RevStar STR and Slingshots will be in attendance on Sunday. Sabrina Blancet of Quebec City, PQ picked up the STR victory at Airborne back on June 17. Blanchet will be back to stand her ground. Plattsburgh’s Codie Aubin will jump into her backup No. 79s and do double duty with his Sportsman car.

Point battles are still taking place in the Poirier’s True Value Renegades, Busch Beer Mini-Mods and Strictly Stocks. All three of the support classes will run features only on Sunday evening.

Racing action takes the green flag at 5 p.m. with grandstands opening at 3 and pit gates opening at 2. Admission prices are just $12 for adults with kids ages 12 and under will be admitted free of charge. For more information, visit airborneparkspeedway.com or on Facebook at Airborne Park Speedway. 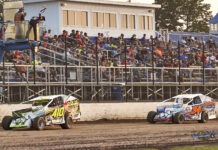