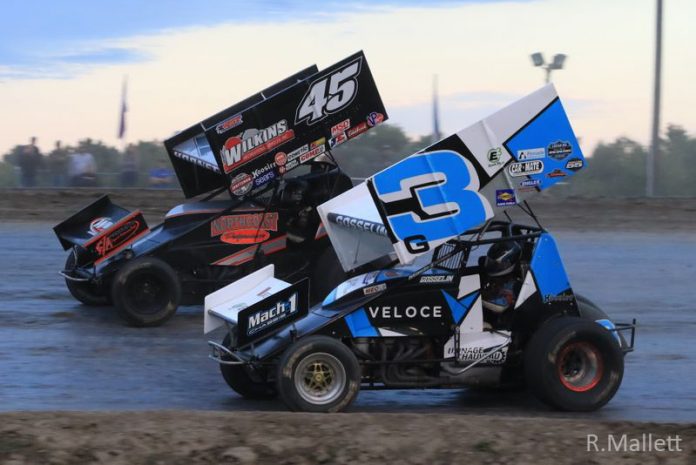 PLATTSBURGH, NY – The Lucas Oil Empire Super Sprints are set to invade the Plattsburgh Airborne Speedway this weekend in the event presented by Poirier’s True Value.

Saturday, June 8 will be the only appearance in Plattsburgh for the 360 Sprint Cars on the 2019 campaign. In addition, the Quebec Lightning Sprints, Poirier’s True Value Sportsman Modifieds, Ernie’s Discount Tools Super Stocks, Chris Frennier Motorsports Strictly Stocks and Novice Sportsman will all be in action.

Six different drives have collected a checkered flag through seven events. Barney is the only repeat winner, while Colagiovanni, Tanner, Shawn Donath, Larry Wight and Jonathan Preston each have one win to their credit.

Empire Super Sprints management expects a field of nearly 30 cars from throughout the northeastern United States and Quebec for the event, including all the top 15 in points. Other notable drivers expected include Steve Poirier, Kelly Hebing, and Airborne Sportsman regular Adam Pierson, who will be doing double duty.

Regular distance heat races and features will be run for the Sportsman Modifieds, Super Stocks and Quebec Lightning Sprints. The Strictly Stocks and
Novice Sportsman will run features only.

Be sure to check out the Empire Super Sprints, as they will set the fastest laps of the season at Plattsburgh Airborne Speedway.