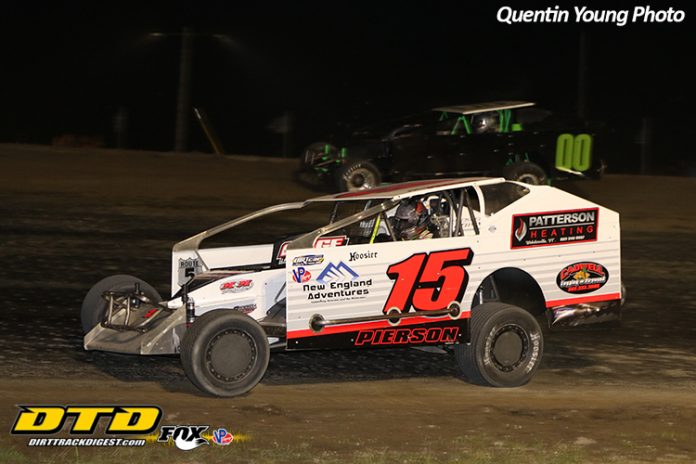 Pierson would rocket past Nick Heywood on the outside, to win the $1000 first prize in the Poirer’s True Value 35-lap Sportsman feature event.

Swanton, VT’s Dylan Rabtoy had the early race lead, until defending champion Nick Heywood took over on an early restart.

Heywood would lead until about 15 when Pierson would work his way to the top of the race track.

Once Pierson cleared Heywood, it was smooth sailing in both clean air and lap traffic en route to the victory.

Nathaniel Guay would take advantage of a late race restart, to pick up his second win in three days in the Chris Frennier Motorsports Strictly Stocks.