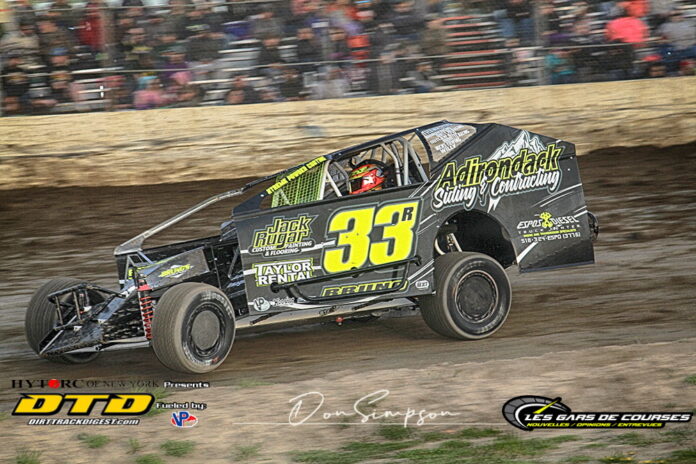 PLATTSBURGH, NY –  Travis Bruno collected his third win of the season in the J&S Steel Sportsman feature at Airborne Speedway.

Bruno and Bucko Branham traded the lead back and forth multiple times in the final 10 laps of the 25-lap feature event. Branham was running on top of the cushion, while Bruno was utilizing the inside line, which eventually prevailed.

Branham held on for second in a photo finish with Tanner Forbes, who settled for third. Joey Scarborough and Codie Aubin finished fourth and fifth, respectively.

Tylor Terry scored his second victory of the season in the Hartson Total Opening Renegade division. Terry and Rick Frenyea battled side-by-side for a number of laps, but Terry eventually prevailed.

Racing action resumes next Saturday with a Street Stock Special as the headline. More details will be announced this week. For more information visit airborne-speedway.com or follow along on Facebook at Airborne Speedway.