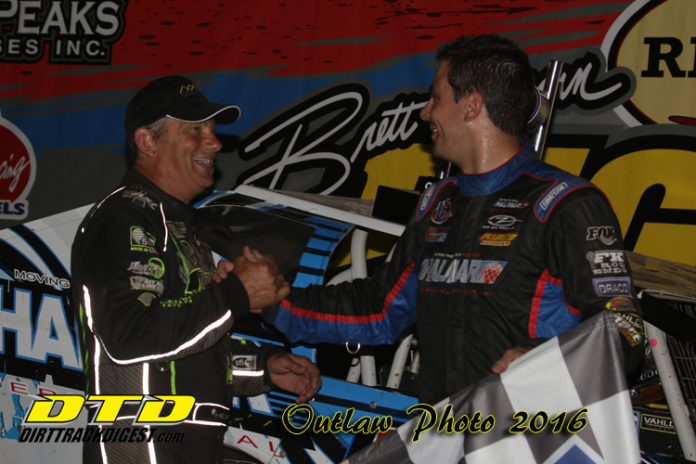 SUSSEX, NJ – Brett Hearn’s Big Show has become the’ must see show of the summer at Albany-Saratoga Speedway. It’s an action packed evening of ground pounding Big Block Modified action featuring a collection of the best drivers on dirt. Substance, pageantry, and prestige are just part of what makes this Super DIRTcar Series event one fans will flock to see on Tuesday June 27, 2017 at the Great Race Place in Malta, NY.

Albany-Saratoga has an action packed schedule during the summer highlighted by their marquee premiere event; Brett Hearn’s Big Show as part of the Super DIRTcar Big Block Modified Series. 2017 marks the ninth edition of the Big Show and it promises to once again provide all the elements that make a promotion like this memorable.

Last year Stewart Friesen seemingly had the Big Show win in hand until Billy Decker nearly snatched that victory away coming within .088 hundredths of a second at the checkered flag. Dramatic finishes are the norm at Big Show events, as back in 2012 Bobby Varin made a daring three wide pass in traffic to take the lead from Brett Hearn late in the race and went on to victory.

Much like Super Dirt Week in Oswego, DIRTcar Nationals in Volusia, or Mr. Dirt Track USA at Lebanon Valley; Brett Hearn’s Big Show at Albany Saratoga carries prestige in earning an event championship as part of the Super DIRTcar Big Block Modified Series. No matter the victor they lay claim to not just a tour win, but also said driver is celebrated as a Big Show champion for the next 365 days.

So many things will take place during the evening’s events including pre-race Autograph Sessions with Super DIRTcar Series drivers, Big Crate Show for Sportsman presented by Fox Racing Shocks, and an appearance by Ms. Motorsports Taylor Albert (2017) along with Midi Miller (Ms. Motorsports 1991). To top it all off the 9th edition of Brett Hearn’s Big Show will yield a talent rich field with arguably the toughest field assembled at Albany Saratoga Speedway during the summer.


Last year reserved seating was a huge success. It was received well by fans that wanted these premium seats located in the top two rows in the turn four, center, and turn one sections of the aluminum bleachers. Good news for race fans; reserved seating for Brett Hearn’s Big Show IX at Albany Saratoga Speedway goes on sale Monday May 15th via the all new website www.thebigshow9.com. By visiting the site fans can also see a seating chart showing where these premium-reserved seats are located.

More information will come over the next several weeks leading up to Brett Hearn’s Big Show IX at Albany Saratoga Speedway. For now race fans have June 27, 2017 circled on their calendars, as the premiere must see Modified race of the season in Malta, NY.

All media requests must be submitted by visiting www.thebigshow9.com and submitting the media credential request form and credential agreement by the supervising editor/publisher indicating the medium represented, specific assignment, area of access required, and coverage date. Please include the e-mail address and/or phone number for the person requesting credentials. Proof of coverage (tear sheets, video tape, audio tape, high resolution photo disk, etc.) is required from all outlets. Event management reserves the right to use submitted material for future promotions. Any questions can be directed to bigshowcredentials@gmail.com.