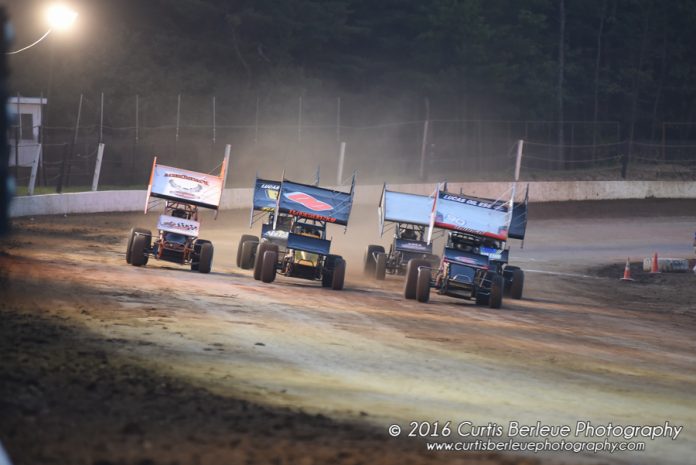 MALTA, NY – After traveling to the farthest west track on PST schedule this past weekend, the tour now heads its farthest east in 2017 as the A-Verdi Storage Containers Patriot Sprint Tour will visit the Albany-Saratoga Speedway on Friday, May 26 and the Fonda Speedway on Saturday, May 27.

It will be the third time in series history that the Patriots will be visiting both Capital Region facilities. Last season at Albany Saratoga, the series returned there for the first time since 2009 when Jason Barney took the win. Last season, Jared Zimbardi scored the victory over Stewart Friesen and Cory Sparks. At the spring Fonda event, Friesen bounced back from the night before and picked up his fifth career tour win besting Danny Varin and Sparks. After an August rain out, the series returned the ‘Track of Champions’ in late September where it was New Jersey’s Davie Franek picking up the win over Sparks and Mark Smith.

A very stout field is expected both nights this weekend as several drivers from the M.E.M. sister series, the CRSA 305 Tour will be joining the PST competitors. This will be the only 360 Sprint Car event held at Albany Saratoga Speedway this season. Both shows are full point events and will be scored towards the 2017 PST-American Series Championship.

This weekend’s Holiday Bonus events are brought to you by A-Verdi Storage Containers of Savannah, New York. A-Verdi provides a variety of on-site storage & office products for Residential, Construction, Special Event, and Commercial/Industrial customers. Secure extra space is made convenient because they stock an array of units for rent, lease or purchase and provide prompt on site delivery. A local family owned business right in Central New York, they understand the needs of their community and have the local knowledge and expertise to provide them with superior service. Call them today at 1-800-248-3734!