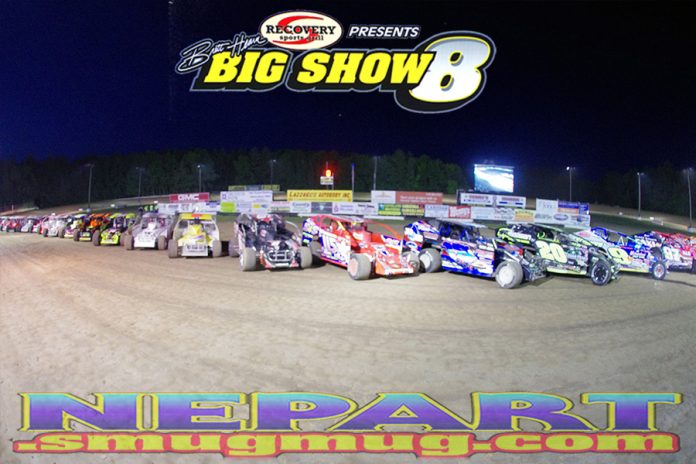 “Our Driven Marketing team is especially happy to welcome back Recovery Sports Grill, Halmar International, Fox Racing Shocks, VP Racing Fuels, Cedar Peaks, and JMMB to our ninth edition of The Big Show. Our goals are always to present professional dirt track Modified racing at its best, to give the fans a great entertainment experience, and to showcase the companies that have continued to back us in this endeavor,” said Hearn.

BBL Hospitality is a multi-brand hotel and restaurant company that owns, operates, and develops facilities along the East Coast of the United States. The company owns 14 hotels under various flagships and 12 Recovery Sports Grill sports-themed restaurants, with locations throughout New York, New Jersey, Virginia, West Virginia, and Florida. The independently-owned and operated company is a division of the Albany, New York-based BBL Family of Companies.

Halmar International provides high quality construction management services across a wide range of market sectors, including design/build, highways and bridges, mass transit, aviation, industrial and heavy civil structures. Halmar has built a legacy of integrity and performance by working cooperatively with clients putting their needs first and managing their projects as if they were its own.

Fox Racing Shocks has been an industry leader in the design and development of high performance shock absorbers and racing suspension products for more than three decades. Fox Shocks are fast becoming the dominant brand used by Northeast dirt track Modified racers.

JMMB is a long-time personal sponsor of Brett Hearn.

Hearn may be contacted during business hours at 973-702-0819, or go to www.bretthearn.com or www.thebigshow9.com for additional information.