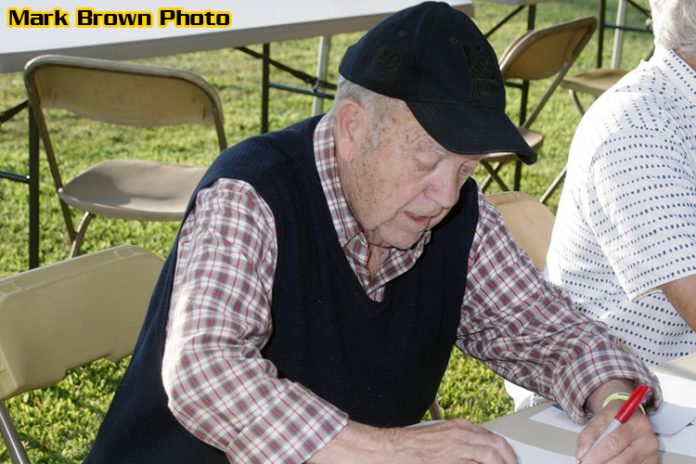 MALTA, NY – Anyone who is a fan of stock car racing has, at one time or another, viewed the work of noted racing photographer John Grady. For decades Grady would be found wandering around the pits and grandstand areas of race tracks photographing everyone and everything that had to do with that day’s racing event.

Always with a camera in hand and a racing story to tell, Grady has captured tens of thousands of racing memories over the course of his career that began in the late 1950’s at Menands Speedway (NY). From there he became the track photographer at Utica-Rome Speedway (NY) and when track promoter Joe Lesik built and opened the Albany-Saratoga Speedway (NY) in 1965, Grady came with him. He was the track photographer at A-S for 15 years and also worked at Fonda Speedway (16 years) and Lebanon Valley Speedway (15 years).

For more than 10 years John Grady also wrote for the Schenectady Daily Gazette and has had his photographs published in many periodicals. If you have seen someone race at a speedway at which Grady was in attendance, chances are extremely good he will have a photograph of the driver and car.

Lyle DeVore, promoter of the Albany-Saratoga Speedway, has many memories of watching John at work and appreciates John’s work greatly. “John has been a big factor in recording the history of this speedway,” said DeVore. “His eye for capturing a unique moment for everyone to enjoy has been remarkable.”

The past few years have not been kind to John Grady as he has struggled with Dementia, the end result being he now resides in an assisted living facility in Niskayuna near his son, Chris. On June 30th John Grady will celebrate his 87th birthday and with the support of Chris will do so by spending part of the evening at the Albany-Saratoga Speedway.

John and Chris, along with historian Bob Novak, will have thousands of his photos on display for everyone to enjoy and purchase. Everyone is encouraged to stop by the Grady table and say “hi” to John and enjoy the photo display. Photos will be for sale and all proceeds will go to the Dementia Society to support research.

DeVore summed it up best…“John has memorialized not only Albany-Saratoga Speedway but every track he visited throughout his entire career. He’s been an institution at this track for over 50 years and I hope lots of fans will stop and thank him for all that he has done for this sport we all enjoy.”