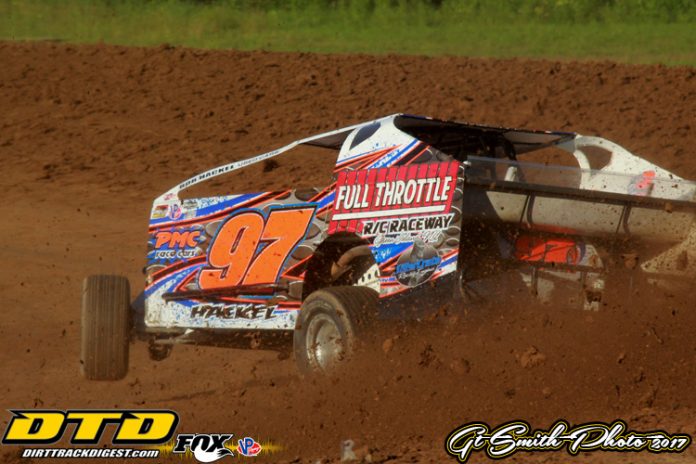 MALTA, NY – The month of June will close out at Albany-Saratoga Speedway on Friday, June 30 with a Massive Fireworks Display filling the skies over “The Great Race Place” celebrating Independence Day. The fireworks will presented by Santore’s World Famous Fireworks. The evening will be sponsored by TrustCo Bank.

TrustCo Bank began in 1902 in Schenectady, New York, and has been in business for 115 years. They are your hometown bank with 145 locations nationwide. TrustCo Bank has been a long-time supporter of the Albany-Saratoga Speedway.

The “Featherfoot Warrior Pro Stock Series “will be on the card along with all divisions in action excluding the 4-Cylinders. Also added to the evening will be the makeup Limited Sportsman division feature from Friday, June 23.

The remaining features from June 23, will be made up at later dates. The Sportsman will run on July 7, the Modifieds on July 21, the Pro Stocks on August 4, and the 4-Cylinders on August 18.

June 30th is also “Military Night” at the speedway. All members of the Military are admitted into the speedway for free with proper identification. The Gold Star Families of fallen soldiers that are displayed on the number 771 Street Stock of driver Jim Duncan have been invited, as well as the Patriot Guard.


The night will also honor longtime photographer John Grady. Grady will celebrate his 87th birthday on June 30th. Recently Grady has suffered from Dementia and has been in an assisted living facility. John, his son Chris and historian Bob Novak will be on hand with a table full of photographs for everyone to enjoy and purchase. Stop by and say hi. Proceeds for the photo sales will go toward Dementia research.

“John has memorialized not only Albany-Saratoga Speedway but every track he visited throughout his entire career.” He’s been an institution at this track for over 50 years and I hope lots of fans will stop and thank him for all that he has done for this sport we all enjoy.” said promoter Lyle DeVore.