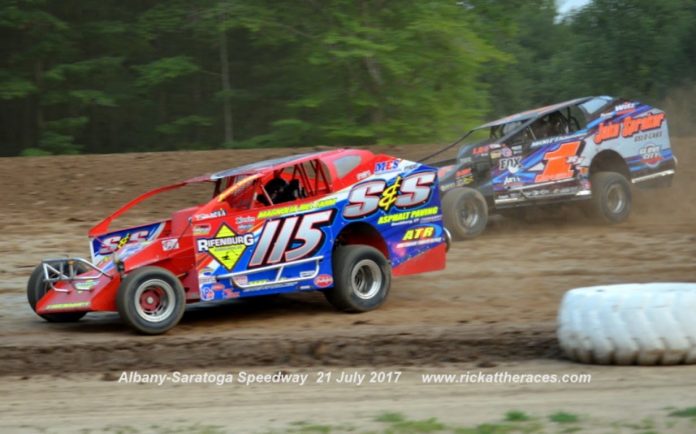 MALTA, NY – When the racing program gets underway at Albany-Saratoga Speedway on Friday, July 28 there will most certainly be someone watching over from above. Stan DeVore, the father of track promoter Lyle DeVore and his sister, head of concessions Glenda DeVore will be smiling down upon “The Great Race Place.”

Stan who passed away just after the conclusion of the 2016 race season was a big part of the Albany-Saratoga Speedway. Stan was known by many as “The Roaming Reporter” and loved watching all kinds of racing. In honor of his favorite number 32 all divisions will race 32 lap features on Friday night.

The Modified division will pay $3,200 to win and as an added bonus $320 dollars is being put up to each Modified heat race winner courtesy of Grady Vintage Racing photos. George DeVore Stan’s brother has also put up an additional $320 on top of the winners share in each of the remaining divisions. Sponsorship is almost sold out for each of the laps of all features at $32 a lap.

On the card on Friday night all divisions will be in action including the 4-Cylinder division. A previously announced makeup feature for the Limited Sportsman will take place at a later date.