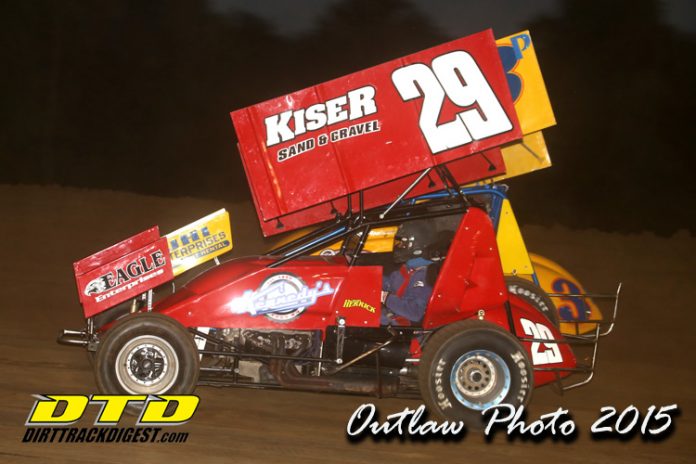 MALTA, NY – When the green flag drops on this Friday night’s program at Albany-Saratoga Speedway the CRSA Sprints will be on hand for their first and only appearance of 2017 at “The Great Race Place.”

In their lone appearance in 2016, Cory Sparks made his way to victory lane. Expect Sparks to be on hand to try and repeat the feat. Coming into Friday night’s event Thomas Radivoy leads the point standings with three wins and a 21 point advantage.

The man chasing him in the championship standings is a name familiar to Albany-Saratoga faithful. Jeff Trombley a former Modified competitor and winner at the Malta oval comes into the night with one CRSA win on the season.

Also on the card Friday night is the “Meltz Lumber” Street stock event paying $500 to the winner of the 20-lap feature. Expect a wild affair in the always competitive Street Stock division.

The Limited Sportsman will be running twin 20-lap features with one of them being a makeup event from the June 23 rain out. All other divisions with the exception of the 4-Cylinders will be action on Friday night. Only the Modifieds and the visiting CRSA Sprints will run heat races. It will be feature races only for the remaining divisions.