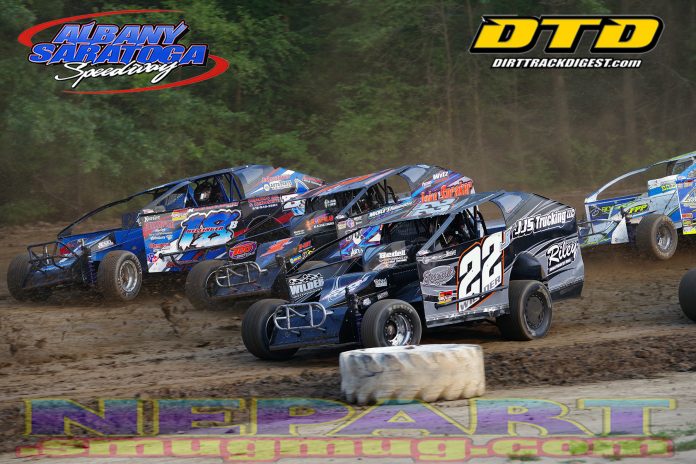 MALTA, NY – The poet T.S. Elliot said: “Life doesn’t end with a bang but with a whimper.” That is not true of the season finale at Albany-Saratoga Speedway. The 2017 season will come to close with a bang and then some.

On the card, for Friday night, September 15, is “The King of the Dirt 358 Modified Series.” The 40-lap race will be known as “The Small Block Nationals” and will be sponsored by Elmo’s Speed Supply (Ballston Lake, NY), Mueller and Sons Towing and Recovery (Pottersville, NY), and Roosevelt’s Towing and Recovery (Canajoharie, NY).

The action doesn’t stop there. A 30-lap “Classic Muscle Car” Street Stock race will take place paying $1,000 to win. This is easily the most anticipated race on the 2017 Albany-Saratoga Speedway Street Stock schedule.

Also in action on the final evening of racing for 2017 will be the Sportsman, Limited Sportsman and 4-Cylinder divisions. The Empire Lightning Sprints will also make an appearance at “The Great Race Place.”