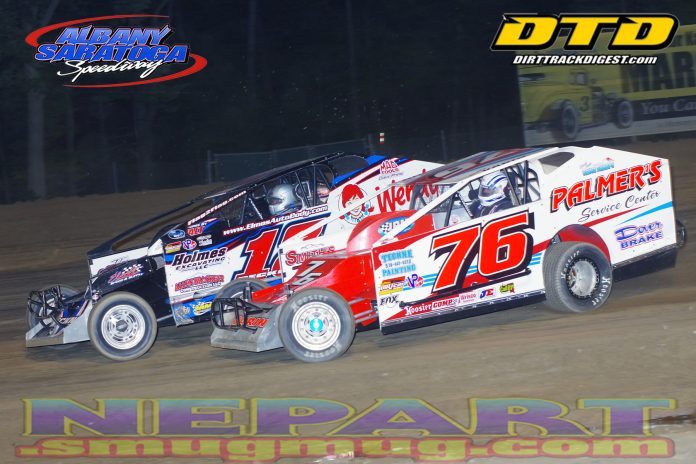 MALTA, NY – Start with a great race place, add a dash of showmanship, 24 parts talent, pinch of excitement, and stir in multiple championships and you’ll get the Small Block Nationals at Albany Saratoga Speedway. An epic throw down for the crown took place Friday night and Bobby Varin had the Palmer’s Service Center Teo Pro Car ready for the challenge.