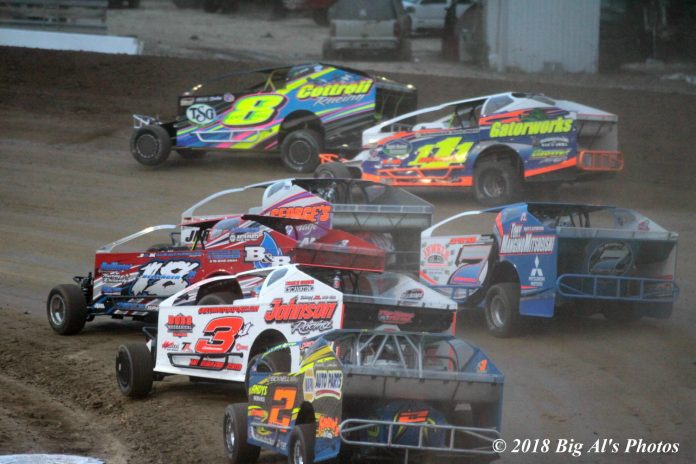 MALTA, NY – Brett Hearn’s Big Show will be turning 10 this year when the biggest summer event in the Capital District comes to life on June 26th along with the stars and cars of the Super DIRTcar Big Block Series at Albany Saratoga Speedway. Making it to 10 years these days shows incredible perseverance and staying power.

During the previous nine Big Shows there have been seven different winners proving Brett Hearn’s event is difficult to win and loaded with talented drivers all vying for the title of Big Show Champion. To win the 10th anniversary edition will take nothing less than 110% effort at the great race place.

In the spirit of celebrating the Big Show’s 10th anniversary, here are 10 fun facts about Brett Hearn’s extravaganza you will find interesting:


Brett Hearn’s Big Show has established staying power, after all that’s how an event reaches a 10th year anniversary. It’s appeal to the fans, it’s showmanship above and beyond the racing on the track, and the support from great marketing partners make it more than just a race, but an event.


To make such an event happen it takes generous marketing partners. Returning partners include Recovery Sports Grill, Halmar International, and VP Racing Fuels. Along with the event each year is the Big Crate Show for Sportsman as well, which is presented by Fox Racing Shocks. This isn’t all the ‘Jersey Jet’ has planned for the fans though.

NASCAR personality Kenny Wallace will be joining the festivities at Big Show 10 along with Super Dirt Week outlaw Gary Balough, who’s infamous ‘Bat Mobile’ shook up the dirt racing community after dominating back-to-back wins at the moody mile. Balough will be promoting his new book releasing this summer.

For up to date information on Brett Hearn’s Big Show 10 on June 26th at Albany Saratoga Speedway please visit www.thebigshow10.com. Take time to review the reserved ticket information, as they go on sale May 15th and include some really great seats for the night’s action at reasonable pricing.