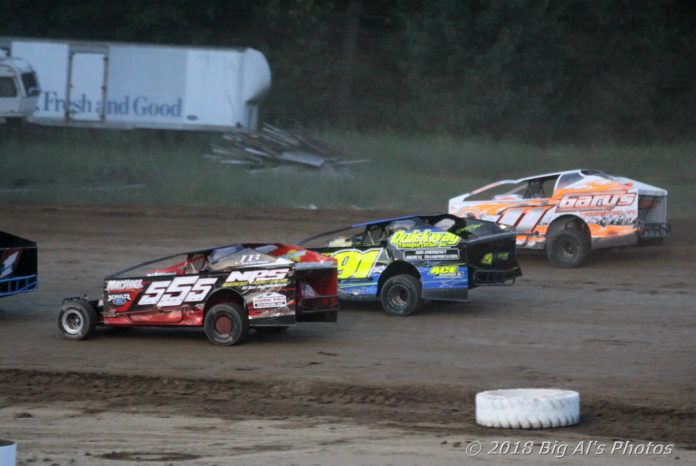 MALTA – They say that things are bigger in Texas.

But Texas has nothing on Albany-Saratoga Speedway when it comes to preparing for a racing season.

While most tracks kick off their seasons with a one-day test and tune session, Albany-Saratoga officials spread their inspection and practice over two weekends.

Gates to the Albany-Saratoga Speedway pits will officially open for the 2019 season at noon on Sunday, April 7 for a tech/safety inspection session. While drivers are getting their cars inspected, they can also take part in a swap meet that will be held that day.
All divisions will return to the speedway on Friday, April 12 for practice. Pits gates will open at 3 p.m. for cars that were not inspected on April 7, and the practice session will be held from 6-9 p.m.


Track promoter Lyle DeVore is encouraging drivers to take advantage of the inspection session that will be held on April 7.

“It’s to the drivers’ benefit to go on the 7th because then they won’t have to wait in line on the 12th,” he said. “They’ll be able to go right out on the track as soon as the practice starts.

“We had over 100 cars here for practice last year and we want to push things right along this year.”

DeVore said that concessions stands will be open on April 12.

Drivers will see a familiar face in the inspection line this season. With the sudden passing of longtime inspector John Morris in January, DeVore has added Mike Paquin to his inspection team, joining John Cummings and Ron Carlson.

Paquin is a former pro stock champion at Albany-Saratoga Speedway, and made his way to victory lane a dozen times when he was competing in the pro stock/pro street division. He also the distinction of winning the street stock feature that was held as part of the Empire State Nationals in 1999.

Drivers will also get a feel for the new racing surface on April 12.

“We put some material down, and raised the bottom a little bit,” said DeVore. “I think the new material we got will make a big difference.”

The first big test will come on opening night. Albany-Saratoga Speedway is scheduled to begin its season on Friday, April 19 with the 54-lap “Come ‘N Get It” modified shootout, which will pay $5,400 to win, thanks to sponsorship from BART Contracting and Schaghticoke Wine & Spirits. In the event of rain, the “Come ‘N Get It” opener will be held on Tuesday, April 23.