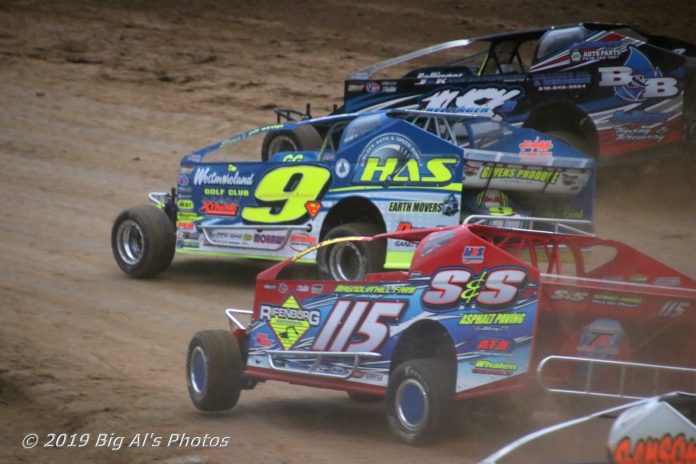 MALTA, NY – Fans won’t have to wait long to see the “Come ‘N Get It” Modified Shootout at Albany-Saratoga Speedway.

The 54-lap event, which has been rained out twice, has been rescheduled for Tuesday, May 14.

On April 23, over 130 cars, including 40 modifieds, packed the pits for what was supposed to be the opening race of the season. But after modified, pro stock and three sportsman heats were run, the remainder of the racing card was rained out.

Modified heat winners were Anthony Perrego, Billy Decker, Larry Wight and Matt Sheppard.
According to promoter Lyle DeVore, the racing card will pick up where it left off, with the fourth sportsman heat, and then move on to limited sportsman heats, consolation races and features.

DeVore is also considering adding additional racing to the card, and will be finalizing those plans prior to May 14.