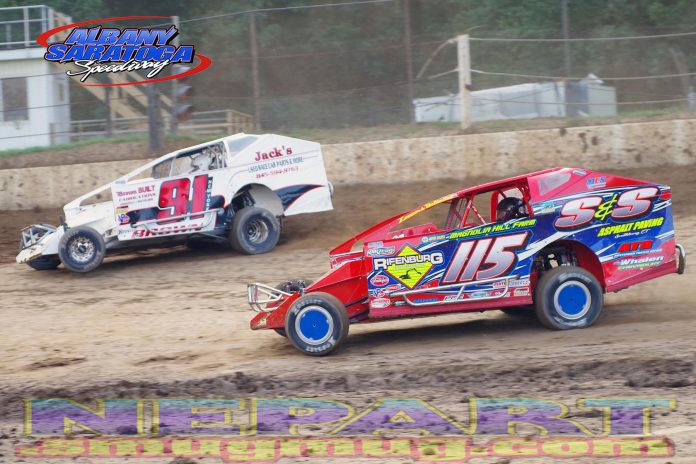 MALTA – Grab a handful of dirt track racing schedules, and you will see the season is full of “Battles,” “Shootouts” and “Clashes.”

But what do you have when the best modified and sportsman drivers in the Northeast show up at the “Great Race Place” for three consecutive nights of racing?

You have “The Malta Massive Weekend.”

Albany-Saratoga Speedway promoter Lyle DeVore has announced plans for “The Malta Massive Weekend,” which will be held from Sept. 19-21, and there’s no shortage of outstanding racing and dynamite payouts.


Although the heats for the 54-lapper have already been completed, DeVore said that there will be at least one consolation race for the modifieds, and he has also added one last chance qualifier, which is open to any car, big block or small block, that wants a chance to get into “Come ‘N Get It.”

Night three of “The Malta Massive Weekend” will be showcased by a 100-lap Super DIRTcar Series race that will pay $10,000 to win. The modifieds will be joined by a DIRT Pro Stock Series race and limited sportsman on the Saturday, Sept. 21 program.

“We’re also working on a bonus for any driver who can win all three nights of ‘The Malta Massive Weekend,’” said DeVore. “It sounds like it would be nearly impossible to win ‘Come ‘N Get It’, win the bonus on Friday for setting fast time and then win the 100-lapper on Saturday, especially when you consider the field of cars that will be competing, so if someone can pull it off, we’ve got to come up with something memorable for the occasion.”