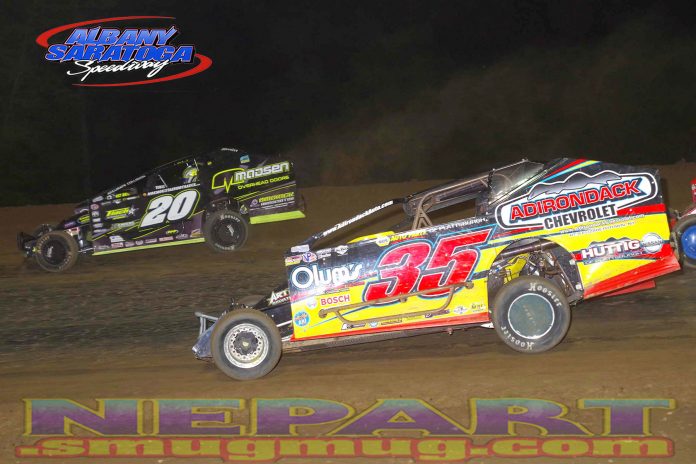 MALTA, NY – A top prize of $10,000 and a guaranteed starting spot in the Billy Whittaker Cars 200 during NAPA Super DIRT Week at Oswego will be on the line when the Super DIRT Series makes its second stop of the season at Albany-Saratoga Speedway on Saturday, Sept. 21.

The 100-lap feature will be the culmination of three nights of racing for “Malta Massive Weekend” at the historic Malta track.

Although the modified heats for the 54-lapper have already been completed, with Anthony Perrego scheduled to start on the pole, there will be at least one consolation race for the modifieds, and promoter Lyle DeVore has also added one last chance qualifier, which is open to any car, big block or small block, that wants a chance to get into “Come ‘N Get It.”

Night three of “The Malta Massive Weekend” will be showcased by the Super DIRT Series race. The modifieds will be joined by a DIRT Pro Stock Series race and limited sportsman on the Saturday, Sept. 21 program.

Fans can take advantage of free camping on the speedway grounds during all three days of the “Malta Massive Weekend”.