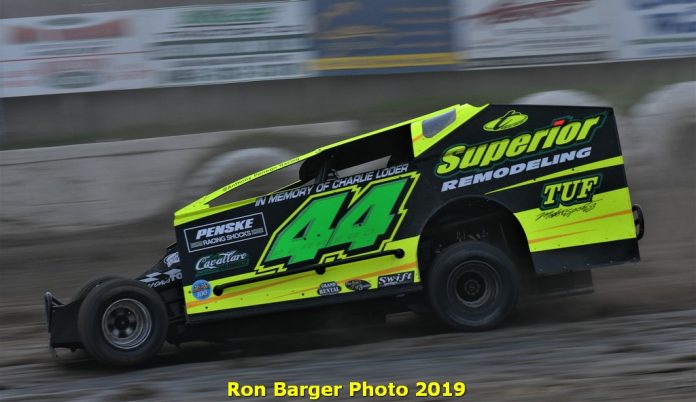 MALTA, NY – In a surprise statement Albany-Saratoga promoter Lyle DeVore has announced that Anthony Perrego has made a commitment to become a Friday night regular at the popular Malta, NY oval.

“I couldn’t be more pleased to let our fans know Anthony will join our Malta family in 2020.  We’re looking forward to the enthusiasm and excitement he will bring to our Modified division,” stated DeVore.

Perrego is not a stranger to Albany-Saratoga having raced there occasionally in the past few years.  In 2019 Perrego made seven visits to the speedway, garnering six Top 10’s, two Top 5’s and one win. It goes without saying Perrego’s intent to take on the best weekly Modified field in the Northeast will add to an already stellar weekly field.

The Middletown, NY driver of the Superior Remodeling sponsored, Brian Smith owned no. 44, is looking forward to the challenge and feels he will be ready at the drop of the green on opening night, April 17th.  “It’s a nice place to be on a Friday night,” stated Perrego, “…the track surface suits how our cars run and I’m really looking forward to being there weekly.”

The 25 year old has raced at a multitude of tracks from Canada to Florida and has become considered by his peers as a top contender and a threat to win.  This past season Perrego ran a total of 67 races, garnering 42 Top 10’s, 28 Top 5’s and 10 wins.

DeVore admires Perrego’s driving skills stating, “Anthony is a really talented young dirt driver.  He has a strong future ahead of him and we’d like him to not only do well at Albany-Saratoga, but to have fun with it at the same time.”

Perrego is looking forward to building on his past success at Albany-Saratoga and anxious for the 2020 season to begin.  “We ran well enough there last season that I know we can be a contender for the title,” stated Perrego.

For the 2020 schedule and up-to-date Albany-Saratoga Speedway information be sure to visit: