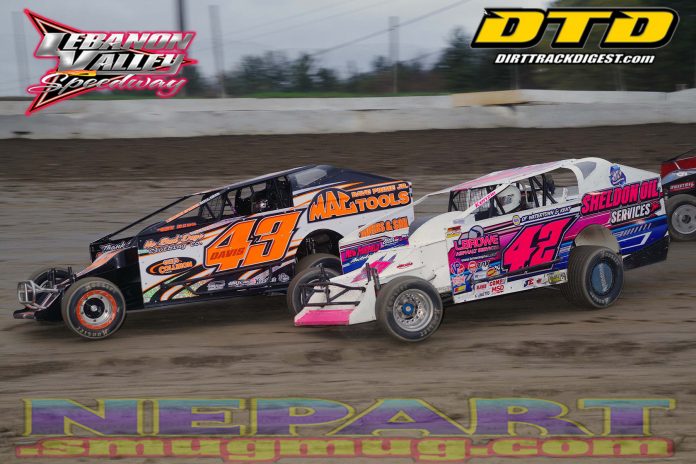 MALTA, NY – It’s only the first week of the new year, but the modified roster for 2020 at Albany-Saratoga Speedway continues to take shape, as Ricky Davis has announced he’ll be running a big block at the historic Malta track.

“I’m really looking forward to returning to Albany-Saratoga Speedway,” said the 20-year-old driver out of Arlington, Vt. “We’re 100 percent committed to running there on Friday nights. I love the atmosphere over there.”

Davis is no stranger to Albany-Saratoga Speedway. After a successful career in go-karts, he moved up to open wheel sportsman cars at the age of 13, and ran in the limited sportsman division at Albany-Saratoga for a number of seasons, picking up two wins in 2014.

In 2017, Davis ran his Mac Tools-sponsored 43D in the modified division at Malta, finishing tied for 21st in points. He chalked up his only top-10 finish against Albany-Saratoga’s star-studded field on July 21st.

The 2018 season found Davis running in the small block modified division at Lebanon Valley Speedway, which resulted in the highlight of his young career. He started on the pole in the final small block modified feature of the season and went flag-to-flag to record his first victory on the high banks, beating Allison Ricci and Ronnie Johnson to the finish line in the 30-lap event.

Dave Prime Jr. of Mac Tools, Davis’ primary sponsor, helped Davis step up his program last season, purchasing a big block engine from Elmo Reckner, and Davis campaigned in both the big block and small block divisions at the Valley..

“Last year was really rough,” said Davis. “We were running a TEO chassis and we really struggled to find the right setup.”

As a result, Davis went winless and only cracked the top 10 once with the big block. In the small block class, he finished 12th in points and finished in the top 10 nine times, which included one top five.

But after getting in two bad wrecks at the Valley, Davis opted to finish out his 2019 season at Albany-Saratoga.

Davis will be trying to get his career headed in the right direction again this year at Albany-Saratoga. Thanks to the generosity of Prime Jr., who has been a Mac Tools distributor since 2014, Davis will be piloting a new Bicknell chassis.

“I know going back to Albany-Saratoga is going to be a big challenge for me,” said Davis. “That’s a tough crew over there. But thanks to my sponsor, I’ve got new equipment and I feel like I’m more prepared to run there this year.

“I know it’s going to be very competitive, but I want to get my program back up to par,” he added.